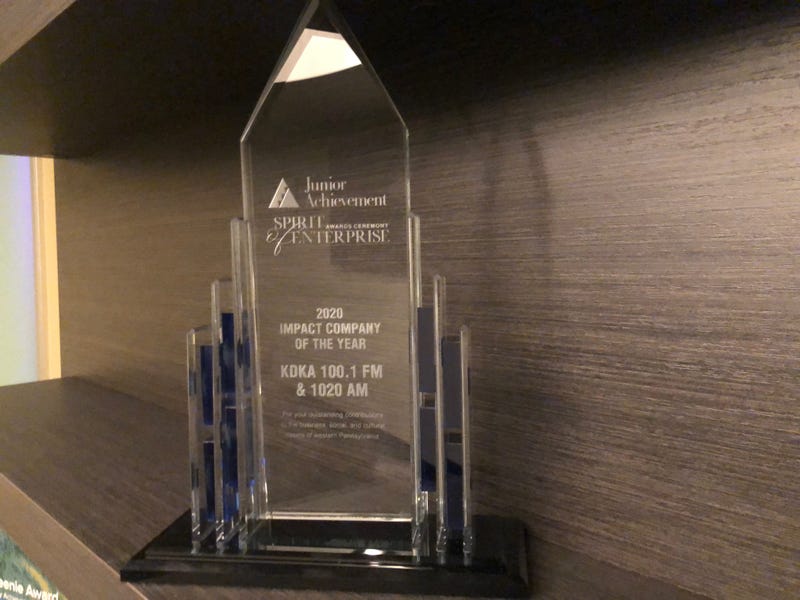 100.1 FM and AM 1020 KDKA was honored at the 32nd Junior Achievement Spirit of Enterprise Awards Ceremony on Thursday, January 14. The annual event recognizes and honors individuals and companies who stand out for their influence within the community. A portion of the presentation was held at Junior Achievement’s BizTown with virtual elements and streamed virtually.

KDKA Radio received the award for Impact Company of the Year.  This award is given to companies that have made an impact on the Pittsburgh region's economy and workforce development, and have contributed to the community.

In addition to KDKA Radio the following individuals were honored through the event.

As part of the program a select group of Junior Achievement students interview and introduce each of the honorees. The event also serves as a Junior Achievement fundraiser and individuals interested in supporting can text SOE21 to 50155.