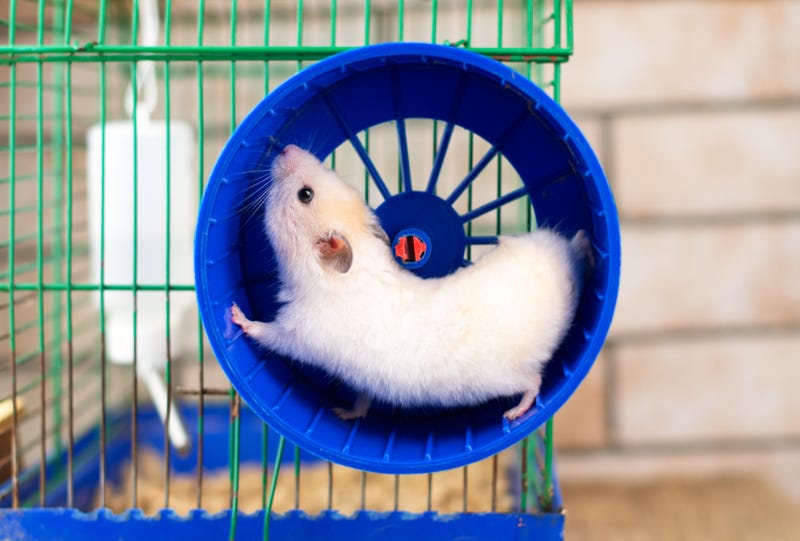 PITTSBURGH (Newsradio KDKA) - Let’s begin 2022 by sharing a feast from the Informational Buffet.  Here are some of my dishes of food for thought on several stories making the news or affecting our lives this week.  Enjoy!

1. Steelers are in the playoffs.  They’ll take on the Chiefs this Sunday at Kansas City’s GEHA Field at Arrowhead Stadium.  What the hell is that?  GEHA?  GEE-HA?  No.  G-E-H-A.   Spell it out.  According to their website, the Government Employee Health Association exclusively serves federal employees, federal retirees, military retirees and their families.  The typical American cannot benefit from their product.  It would have been cheaper to email all federal employees who, likely, already know about GEHA but then we wouldn’t be talking about them.   I’m sure the ‘not-for-profit’ is getting its money’s worth in marketing and mockery with the naming rights.  However, most will likely continue to refer to the venue as Arrowhead Stadium.

2. A Cambodian hero died peacefully over the weekend at the ripe old age of 8.  ‘Magawa’ was a highly-trained and effective bomb-sniffing rat.  He cleared 34 acres throughout his career.  The Giant African pouched rat discovered 71 landmines and 28 unexploded munitions.  A rat!  Yet, we humans shun the intelligent achievers for cute little hamsters that can only muster a few futile spins on stationary wheels.  Why do we, as a whole, forbid rats and field mice in our homes while embracing cute hamsters, gerbils, and even Guinea pigs?  Rats need better PR.

3. We see the signs: ‘Welcome Home’ or ‘Hate Has No Home Here’ or ‘Proud to be your Neighbor’ or ‘Diversity is our Strength’ and we hear all the talk about ‘inclusivity’ and being accepting of others - especially those who do not think exactly like us.  Apparently none of it applies when Republicans announce they are considering Pittsburgh as the site for their 2024 National Convention.

4. Why can’t we just continue being the USA?  Yes, there are improvements we can make in many areas.  We are no Shangri-La.  However, shouldn’t governments around the globe ditch their centrally planned utopia in order to emulate ’The Land of Opportunity’ by offering their subjects self-determination and the promises of ‘Life, Liberty, and the pursuit of Happiness?’  One can try to be nearly anything they want to be here in the United States: A CEO, clergy, wealthy Wall Streeter, or even president.  Can you freely do any of that in China?  Ray Dalio, a US billionaire & founder of the world’s biggest hedge fund, says his home country should strive for China’s ‘common prosperity’ ideals.  I wonder what the Uyghurs have to say about it.

5. Should you hope to sit next to an unvaccinated fan at a Washington Capitals game?  The District of Columbia is currently one of America’s highest risk places for Covid-19 infections.  Mask mandates are in effect.  Beginning this weekend, all patrons 12+ must show proof of vaccine in order to enter many businesses.  The Caps are partnering with an app developer to facilitate quick proof of vaccination.  Some fans may have to also show a photo ID (to watch a game not vote).  Fans that have exemptions for the jab must provide a negative covid test prior to entering the arena.  So, my question is: If anyone can contract and spread the virus regardless of vaccine status wouldn’t it be better for you to sit next to an unvaccinated fan who presented a recent negative test instead of a fan who has proof of vaccination?

6. And, speaking of Washington: A lot was made about Dr. Fauci’s recent visit to Capital Hill to offer testimony and call US Senators morons.  However, there was another hearing on Tuesday that garnered far less coverage.  A straightforward question was asked during the Senate Judiciary Committee hearing titled, ‘The Domestic Terrorism Threat One Year After January 6th.’  It yielded a response that is sure to fire up internet chat rooms.  Texas Senator Ted Cruz asked: “Did any FBI agents or confidential informants commit crimes of violence on January 6th?”  The executive assistant director for the FBI's national security branch responded by stating, “I can’t answer that, sir.’

7. Hogs at the trough!  A new report finds that 54 members of US Congress have violated a law intended to stop insider trading.  Some are calling for new legislation to ban lawmakers and their spouses and dependents from trading stocks, period.  One of those leaders calling for the ban is actually accused of breaking the original law.  I don’t think new legislation restricting who can trade or more promises for transparency in DC are necessary.  I just hope that we can eventually send more honest people to the Capital to represent us.

Kevin Battle likes feasts but inflation is keeping his table a bit bare.  He is co-host of the KDKA Radio Morning Show with Larry Richert.  It airs M-F 5a-9a on Pittsburgh’s 100.1FM & AM1020 KDKA or on the free Audacy app.  Ask your smartspeaker to: ‘Play KDKA.’  Thank you.