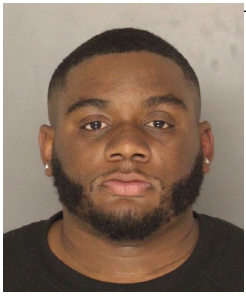 Last week, 26-year-old Londell Falconer was arrested and charged in the May 29th drive-by shooting in Downtown Pittsburgh.

Police have an arrest warrant out for 23 year old Markez Anger, wanted on charges of homicide and conspiracy. 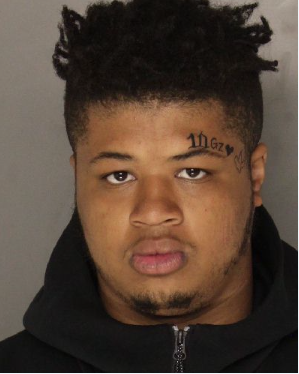 Police say they have the driver of the black jeep in custody, 26 year old Londell Falconer. He was arrested Monday afternoon and is charged with homicide and conspiracy.

According to a criminal complaint, Falconer admitted to police that he was the driver. Police say another man was seen on video in the black jeep pointing a black handgun over the roof of the vehicle toward a gray Jeep where the 1-year-old was in his car seat.

Police say the 1-year-old and his mother were NOT the intended targets of the Sunday afternoon shooting Downtown.

Police have arrested a man who they believe was the driver of a car involved in a drive-by shooting that killed a one-year old boy in Pittsburgh Sunday.

26-year-old Londell Falconer Jr. is charged with homicide and criminal conspiracy in the death of De'Avry Thomas.

Police say Thomas was shot multiple times as he was sitting in his car seat in the back of a Jeep Wrangler Sunday. It happened at the intersection of Fourth Ave. and Stanwix St. He died at the scene.

According to a criminal complaint, surveillance footage shows the gunfire coming from a black Jeep Compass. Police say at least two people appeared to be inside the car at the time of the shooting. The passenger, described as a large man wearing a black hoodie, allegedly fired the gun.

Moments after the shooting, surveillance footage allegedly showed the car drive away and park at 255 East Ohio Street on the North Side. An officer identified the driver as Falconer Jr., who has been known to police.

A tip regarding a suspicious car later led police to Troy Hill, where they located a Jeep Compass matching the description of the car used in the shooting. In a nearby trash can, they found a license plate matching the one on the car in the surveillance footage and a number of other discarded items, including a Red Bull can.

Police say a fingerprint on the Red Bull can matched Falconer Jr.'s prints.

Officers made contact with Falconer early Tuesday morning at a local hospital. They say he was there receiving treatment in connection with an unrelated shooting. Police say he initially claimed he was not on the North Side Sunday.

He was later taken to Pittsburgh Police headquarters for questioning, where he allegedly told police "I was the driver," when officers showed him surveillance footage of the car.

Pittsburgh Public Safety would not confirm if they are searching for a second suspect.

Investigators said Sunday the incident was a targeted shooting, though Thomas was not the target.