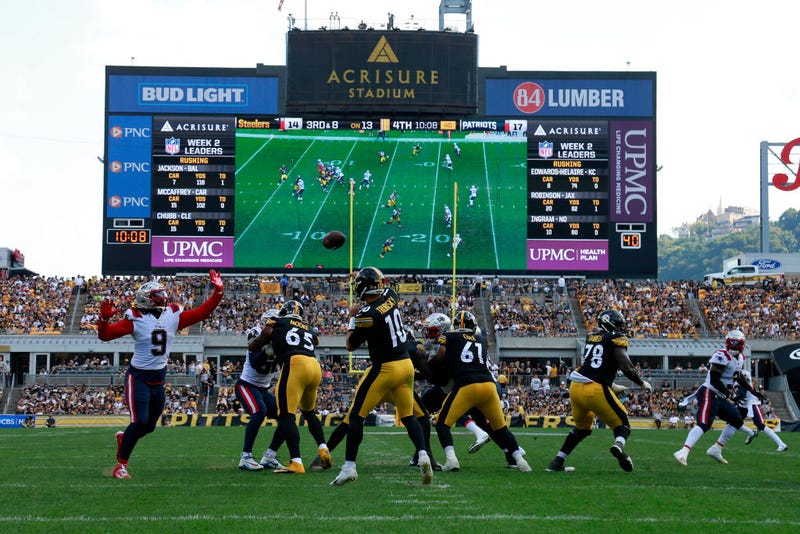 PITTSBURGH, PENNSYLVANIA - SEPTEMBER 18: Mitch Trubisky #10 of the Pittsburgh Steelers throws a pass during the second half in the game against the New England Patriots at Acrisure Stadium on September 18, 2022 in Pittsburgh, Pennsylvania. Photo credit (Photo by Justin K. Aller/Getty Images)
By KDKA News Staff

Still, the Ravens are considered the secondary team in much of Central Pennsylvania. After the Eagles, Ravens games take precedent on the local broadcast schedule, meaning Steelers fans in the area often miss out.

Kim says after local fans missed most of the Steelers' wild finish against Cincinnati, she heard enough complaints to want to do something about it.

"When the Steelers went into overtime, then we got to watch the exciting game, and see the big win, but I know that a lot of Steelers fans in Central Pa. would have loved to see the entire game."

Kim is introducing a resolution that would urge the FCC to work with the NFL and broadcast companies to take a deeper dive into which teams are actually popular in certain markets. That would include using public opinion to determine secondary teams in a particular region.

“I just think there are so many benefits and giving fans the say to what they get to watch in their secondary market is a definite win.”