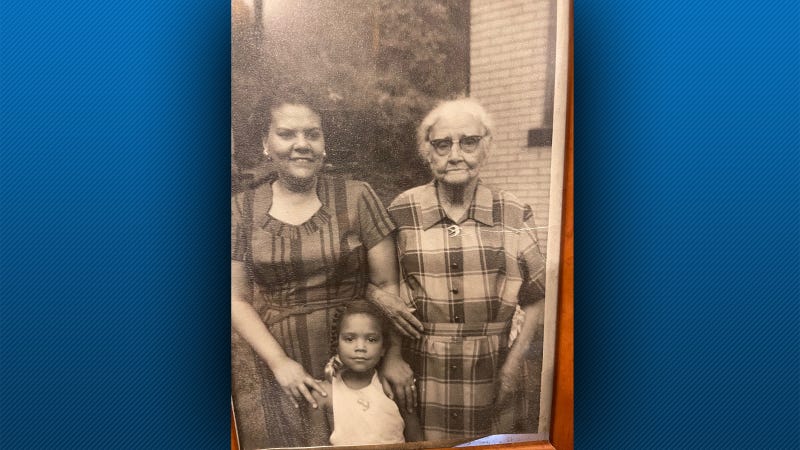 I have commented far too many times that we can’t seem to have honest conversations about race. I wonder if that will ever change.

Growing up, there weren’t any kids in our immediate neighborhood, but there were a ton of kids near my grandmothers house. So I spent a lot of time there. My favorite playmate at age five was a little boy named Ricky.  He lived across the street from my grandmother and we spent everyday together.

My grandfather was a very proud, college educated Black man. But even in the 1960’s a college degree didn’t guarantee opportunities for people of color. So along with many other college educated men of color, my grandfather worked the night shift at the Post Office to provide for his family. He wore a suit to work everyday, his choice because he took pride in his work and his appearance.

So what’s the connection between my five year-old friend Ricky and my proud grandfather?

Ricky was White. I had no clue back then what that meant. I just knew he was my friend. We had fun and he made me laugh. It was a friendship my grandfather couldn’t understand. The idea of being friends with someone of another race was incomprehensible for him. So much so, that I was only allowed to play with Ricky when my grandfather was at work AND we had to play in the backyard so the neighbors didn’t see us. My grandmother knew if we were spotted playing together, someone would tell my grandfather and our play dates would come to an end. Period.

I used to always wonder why my grandfather didn’t like Ricky. I thought if he only got to know him, he would see what I saw.  But my grandfather’s life experience with the White world had been negative.  He was treated with disrespect, disregard and disdain.  As a result, he had no interest in that world.

My grandmother saw the world much differently.  She could find the good in anyone. She didn’t see people as Black or White. I suspect because her own mother was White.  My great-grandmother was a White woman, who fell in love with a Black man in the late 1800’s.

Our life experiences determine so much of how we see the world.  I always said I was my grandfather’s favorite.  I knew he wanted the best for me and wanted to spare me life’s hurts and disappointments.

He also never knew my friend Ricky.  I never saw him as a White boy.  I wonder if he saw me as a Black girl?  He was just my friend, that shared bologna sandwiches and strawberry Nestle’s milk on my grandmother’s back stoop.

He was my first friend of another race.  I didn’t know it then, but it was a friendship that would help change my life.

I have no clue what happened to Ricky.  His family moved away, and I found others kids to play with, and life went on.  I have always had a diverse group of friends.  Real friends that I can sit down and talk with about race, about division, and yes racism.  Conversations that make us all better.

I learned a lot from my grandfather, my grandmother and yes from Ricky too.  And in 2021, I believe in my heart until we all have real friends of other races, we won’t be able to begin those honest conversations.

Not work friends. Real friends. What does your circle look like?