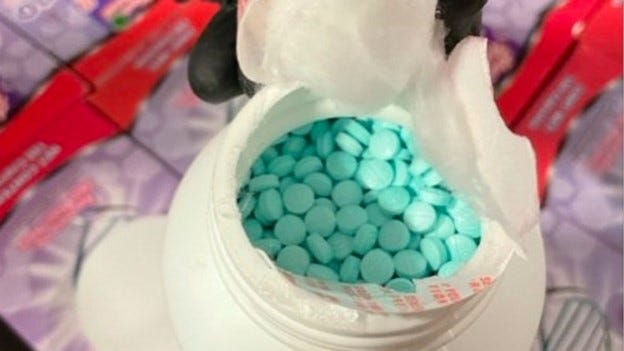 A traffic stop in Arizona yielded a massive confiscation of a potentially deadly narcotic when police seized about 500,000 fentanyl pills from two women who were subsequently placed under arrest, police in Casa Grande said.

Martha Lopez, 31, and Tania Luna Solis, 30, were initially pulled over for speeding on Interstate 10 as they drove just south of Phoenix.

The massive stash of pills being transported in the women’s SUV were hidden in bottles that were supposed to contain collagen supplements.

Lopez and Solis were charged with suspicion of crimes including possession of a narcotic drug for sale.

Fentanyl has been responsible for a rising number of overdoses in recent years as they latest opioid-based painkiller du jour favored by addicts.

Two children, who were also in the vehicle with Lopez and Solis, were turned over to Arizona’s Child Protective Services, according to police. 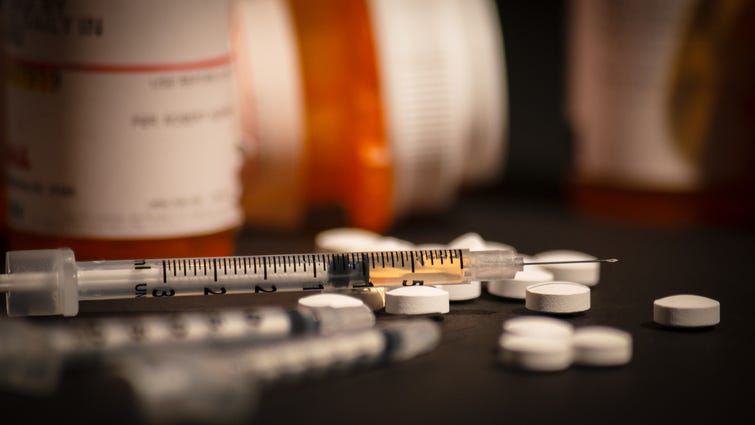 Overdoses increased for second straight year in 2021 in Pennsylvania