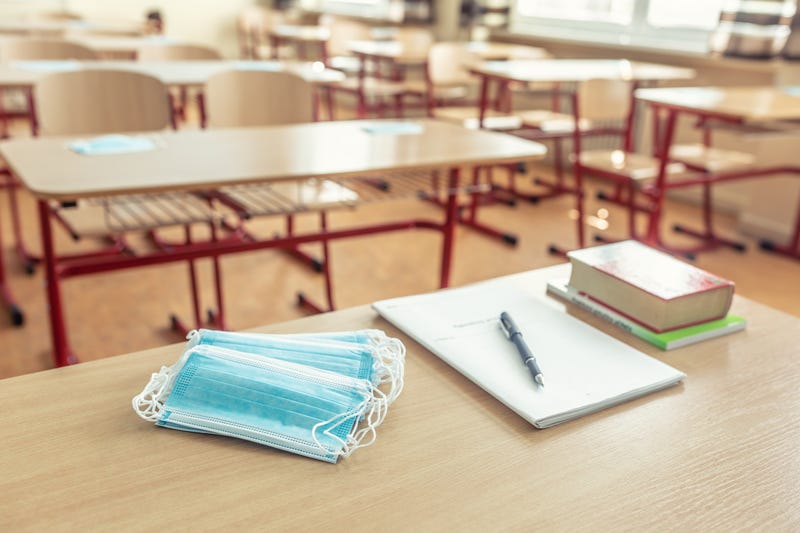 SAN DIEGO (CNS) - A federal appeals court has granted a request from a 16-year-old Scripps Ranch High School student and her parents who sued to block the San Diego Unified School District's COVID-19 vaccine mandate, one day before students were required to get their first dose.

The suit filed last month in San Diego federal court on behalf of the family -- identified as John, Jane and Jill Doe in the complaint -- stated that the high school junior's religious beliefs -- specifically her opposition to abortion -- prohibit her from getting the vaccine.

Paul Jonna, an attorney representing the family, has said his clients are opposed to taking the vaccines "because they were all either made or tested using aborted fetal cells."

Jonna said, "Our clients are firmly pro-life and refuse to benefit from vaccines that were made in this way, which they view as immoral -- as do many other people of faith."

The district's plan requires that all students over age 16 receive their second dose no later than Dec. 20. According to Doe's filings, that means students' first dose must be received by Monday in order to be considered fully vaccinated by Dec. 20.

Unvaccinated students 16 years or older will be required to take part in remote learning via independent study. The district's plan allows for medical exemptions to the mandate, but not religious or personal belief exemptions.

While the family's request for a temporary restraining order was denied by U.S. District Judge Cathy Bencivengo earlier this month, a panel of the U.S. Ninth Circuit Court of Appeals ruled Sunday that SDUSD's mandate will be blocked as long as the district offers vaccination deferrals for pregnant students, who were allowed to postpone receiving the vaccine. The court's injunction will be terminated if the deferral option for pregnant students is removed.

Representatives from SDUSD did not immediately respond to requests for comment.

In a statement, plaintiffs' attorney Paul Jonna called the ruling "a significant victory" and said the district should revise its policy to grant religious exemptions.

"Otherwise, we are confident that we will fully vindicate our clients' rights either in the Ninth Circuit or in the U.S. Supreme Court, if necessary," Jonna said.