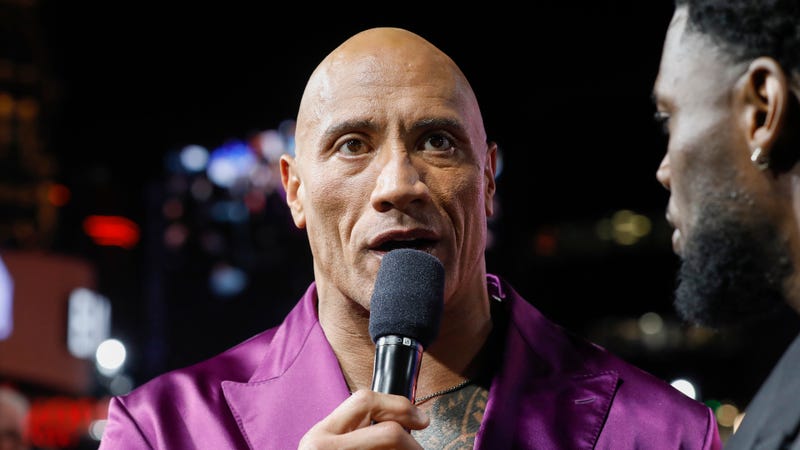 Dwayne “The Rock” Johnson was hilariously mistaken for Bruno Mars over the weekend at a concert in Bahrain.

The mix-up is taking social media by storm after a tweet from Bruno that shows a young fan holding up a sign that reads, “I Love You Bruno!” but has The Rock’s face (with Bruno-style hair) on it.

The photo made it to Johnson (of course) and his reaction is priceless.

“Thank you Bahrain,” he wrote, "I will now be joining my younger brother, @BrunoMars on his tour.”

Thank you Bahrain 🇧🇭😉
I will now be joining my younger brother @BrunoMars on his tour
🌍 🎶🔥 https://t.co/RAiIu1SrVu

Bahrain is taking full advantage of the mix-up and is now inviting The Rock to play his very own show at the same amphitheater Mars played — the Al Dana Amphitheatre.

“@therock We invite you to #Bahrain to hold your first concert at Al Dana Amphitheatre…  We will provide the stage and lights and the band… and the rest is up to you.“

Safe to say the actor and former WWE wrestler is feeling pretty loved right about now.