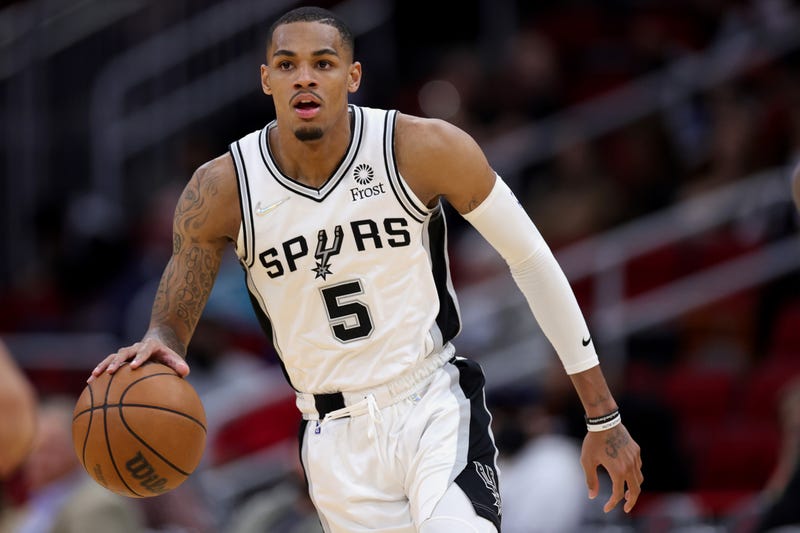 When the 2022-23 NBA regular season begins, the title-hungry Atlanta Hawks will be boasting a formidable tandem in their backcourt. According to a report from ESPN's Adrian Wojnarowski, the team is acquiring All-Star guard Dejounte Murray from the rebuilding San Antonio Spurs in exchange for veteran forward Danilo Gallinari, three first-round picks, and one future pick swap. ESPN's also reported that the 2025 and 2027 first-rounders are unprotected.

Atlanta, which fell just two wins shy of an NBA Finals appearance two seasons ago, has made the first big splash of the NBA offseason. And their chances of hoisting the Larry O'Brien trophy have certainly increased, as Murray averaged a career-high 21.1 points with 9.2 assists and 8.3 rebounds in 68 games for the Spurs last season. The 25-year-old will play with sharpshooter Trae Young, and according to Elias, they'll be the first pair of teammates in league history who each averaged 20 points and eight dimes per game in the previous campaign.

"The Hawks are on the upswing. And the Spurs? They said, 'Screw this, we're just going to continue to go down,'" JR said during the JR SportBrief show on Wednesday. "What do the Hawks get in return? An All-Star. A guy who almost averaged a triple-double. He's one of the best wing defenders in the league, for a guy who's 'only' 6-foot-4. He led the league in steals, because he's got long arms... Not the greatest shooter in the world, but he can run the court...

"If you're Trae Young, it's a good look for the Hawks. They already have one of the league's best offenses, and the offense basically consisted of Trae Young. The Hawks were never going anywhere with the roster constructed the way it was... If I look at the Hawks, are they done? No. It's not a championship team because Young is teaming up with Murray... There's still more to do... But it's a good move to get them back into the playoffs. It's actually nice for Young."

JR's complete thoughts on the Hawks' acquisition of Murray can be accessed in the audio player above (conversation begins at 11:10 p.m. ET mark).