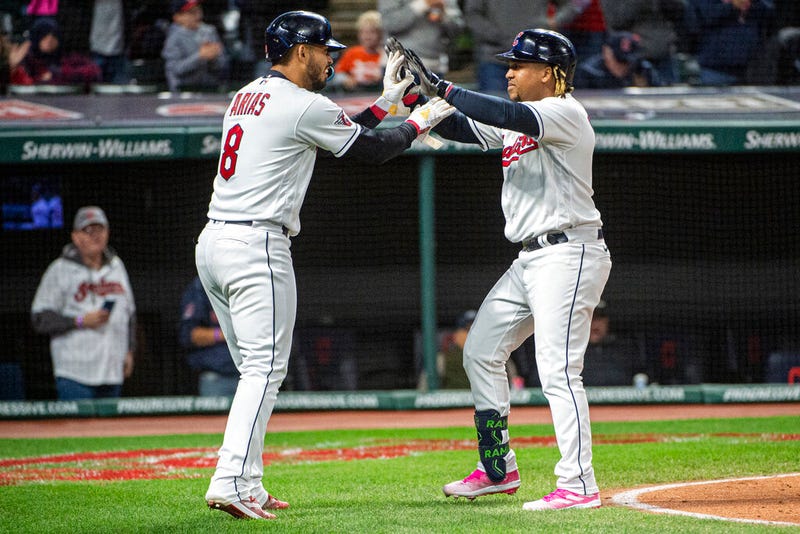 José Ramírez hit a three-run homer and Emmanuel Clase closed for his major league-leading 40th save in the Cleveland Guardians' 6-3 victory over the Kansas City Royals on Friday night.

Ramírez put AL Central champion Cleveland ahead for good at 4-3 in the sixth inning with his 29th home run of the season. The 404-foot blast to right off Brady Singer (10-5) gave the All-Star third baseman 121 RBIs — second in the AL behind New York's Aaron Judge.

Austin Hedges followed with an RBI single, snapping an 0-for-36 slump, and Myles Straw drove in Will Brennan to make it 6-3. Kansas City took a 3-0 lead into the bottom of the fifth.

Cleveland has won 10 of 11 and is a major league-best 21-4 since Sept. 5. The Royals dropped their fourth in a row as the teams opened a six-game series to end the regular season.

Clase worked the ninth for his 40th save in 44 opportunities, moving him three saves ahead of Atlanta’s Kenley Jansen.

Waters hit a two-run homer in the third, and Massey went deep in the fifth. Andrés Giménez led off the fifth with Cleveland’s first hit, then scored on Brennan’s single to cut Kansas City’s lead to 3-1.

Cleveland has not played a six-game series since 1963 against Washington. The Royals' only other six-game set was in 1976 against Boston.

CREAM OF THE CROP

Royals shortstop Bobby Witt Jr. and Guardians outfielder Steven Kwan have been major contributors all season, but are unlikely to beat out Seattle outfielder Julio Rodríguez for the Rookie of the Year award.

“The biggest thing is we’re talking about young players who are ambassadors for the game of baseball,” Kansas City manager Mike Matheny said. “The position players, in particular, are pretty impressive.”

Cleveland manager Terry Francona agreed, saying, “There are a pretty good handful of them this year. And they look like they’re ready to not just survive, but maybe thrive.”

Guardians: LHP Anthony Gose (Tommy John surgery) is out for the season, giving Cleveland the opportunity to replace him on the 40-man roster with a prospect who would become eligible for the postseason.

Guardians: RHP Zach Plesac (3-11, 4.39 ERA) will be activated from the injured list to make his first start since breaking his right hand on Aug. 27. Plesac is penciled in to pitch out of the bullpen in the wild-card round.