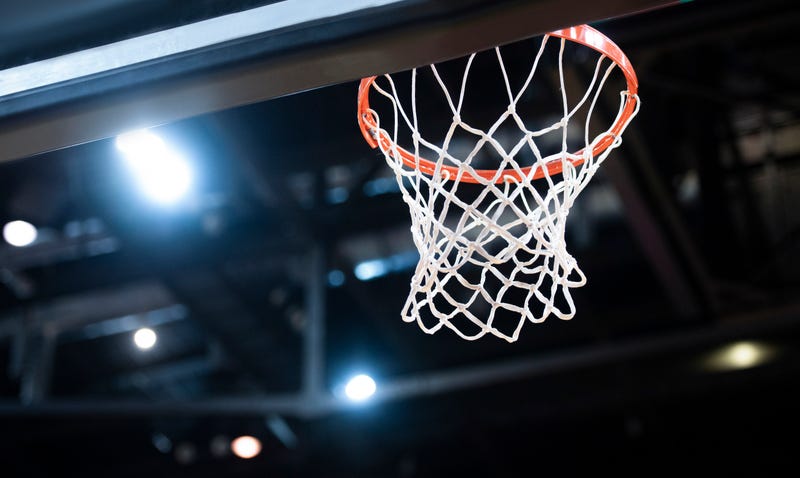 Kansas' Bobby Pettiford Jr. stood all the way out near midcourt, almost on the Battle 4 Atlantis logo, when he saw his teammate launch a shot for the lead with only a few seconds left in overtime.

"I mean, I normally don't crash but that's the one time I get to crash," Pettiford said.

He sprinted all the way under the basket just in time to see a loose rebound pop to him. Pettiford then made a twisting reverse layup with 0.2 seconds left to give No. 3 Kansas a 69-68 win against Wisconsin on Thursday in a tournament semifinal game.

Pettiford's layup marked his only points of the game, capping a thriller that saw Wisconsin rally from 15 down early in the second half behind a strong performance from Tyler Wahl.

Trailing 68-67, Kansas' final play appeared stuck when Jalen Wilson had to kick out a pass to Zach Clemence beyond the 3-point arc with about 5 seconds left. Clemence launched the long 3 that banged off the basket, but Wilson kept the play alive by tipping the ball enough to keep Wahl from snagging the rebound.

The ball went right to Pettiford.

"I had kind of a good angle but I mean, kind of a little bit of luck and skill at the same time," he said. "So I just kind of hoped it went in."

Pettiford landed on the floor as he watched the ball go through the net, then extended his fists in front of him and yelled as he started to sit up.
Wisconsin's Max Klesmit crouched down into a squat, in disbelief.

By the time Pettiford had gotten on his feet, he had a big smile while his teammates began to hug him near the baseline corner to celebrate. The team left the court to chants of "Bobby! Bobby!" as they headed to Friday's championship game.

Wilson scored 29 points and had 14 rebounds for the reigning national champion Jayhawks (6-0), and Kevin McCullar Jr. had 18 points and nine rebounds — and a 3 with 11.8 seconds left in regulation to force overtime.

"We had nothing going (in the second half) and they had outplayed us totally," coach Bill Self said. "Obviously we make two plays at the end of regulation and the end of overtime that basically gave us the win. We were not the best team today."

Wahl led the Badgers (4-1) with 23 points and 10 rebounds. He scored 14 points in the second half in what was at times a one-man comeback, including a run of nine straight points with his team down eight in the final 3 1/2 minutes of regulation.

His last score was a spinning drive against a falling Wilson for a layup and the 68-67 lead with 21 seconds left in OT.

The Badgers just couldn't get a final stop.

"We're not into moral victories, but this group showed me a lot today," Wisconsin coach Greg Gard said. "And we also learned we have a lot of things we can continue to get better at."

Wisconsin: The same team that struggled to crack 40 points — or make a shot, frankly — in the first round of the tournament against Dayton looked to be on its way to another bad offensive showing. Instead, Wahl and the Badgers showed resilience and climbed back in it, they stayed shot for shot with Kansas down the stretch.

"He kicked our butt," Self said of Wahl.

Kansas: The Jayhawks didn't have an easy time of their Atlantis debut on Thursday, needing to battle to the final minutes against North Carolina State. This time, Pettiford was in the right place at the right time after Wilson tipped the ball from Wahl's reach for a rebound off Zach Clemence's missed 3-pointer. Just like that, Kansas was still unbeaten with a 17-game winning streak dating to last year's run to Self's second NCAA title.

Wisconsin: The Badgers will face Southern California, which lost to No. 22 Tennessee, in Friday's third-place game.

Kansas: The Jayhawks advanced to Friday's championship game to face the Volunteers in a ranked-against-ranked finale. The game will tip-off at 6:30 p.m. on KFH, with pre-game starting at 5 p.m.