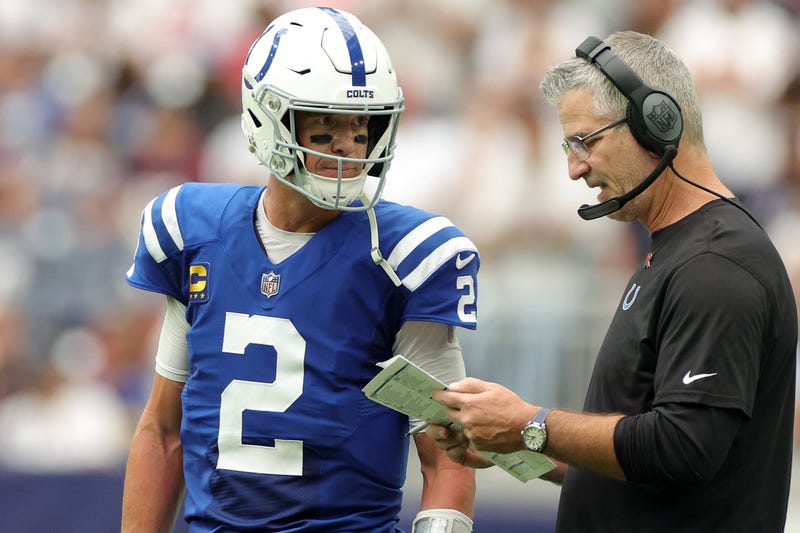 Frank Reich had to vault past Matt Rhule, Mike McCarthy, and Kliff Kingsbury on this year's "NFL head coaches most likely to be fired first" list. In fact, I'm shocked that Colts owner Jim Irsay didn't fire him on Sunday night. Perhaps the only thing keeping Irsay calm is the fact that the AFC South stinks again. However, Indianapolis has started the season 0-1-1. And they look way more like a last-place team than a first-place one with Matt Ryan under center.

Indianapolis' embarrassing shutout loss in Jacksonville was a game that the team couldn't afford drop in the first half of the season. The Colts last won a game there in 2014, and they had their playoff dreams stomped out in Week 18 back in January. Yet, without Carson Wentz, last Sunday was somehow an uglier loss than the one from just eight months ago.

There's too much talent on their roster to be shutout. Their constant cycle of retread, washed-up quarterbacks has caught up with them. The team should be focused on drafting a new quarterback next April. Frankly, Irsay should hire a new general manager and coach to make decisions, before they screw over that next leader under center.

No. 1: Bruce Arians dressed up in the same Bucs gear he wore as the head coach, while standing on the sidelines chirping Saints players during a road game, is completely undermining Todd Bowles. I understand that both guys have a good relationship. But, Arians wanted to step down as head coach -- so get off the sidelines!

No. 2: Bowles' refusal to call Wednesday a personal day off for Tom Brady is also ridiculous. A backup Bucs linebacker doesn't have the option, plus both Brady and his wife have openly discussed her unhappiness with Brady playing this season. Look, it's a personal day. Brady isn't using the day to rest his arm. He's using it to watch "The Price is Right" and cook dinner for his family. Call it like it is.

No. 3: It's one step forward, 14 steps backward for belief in the Kirk Cousins- led Vikings. And these jokes about Captain Kirk in primetime just continue to write themselves. Their Week 1 win over the Packers was huge, but in a wide- open NFC, Monday night was another reminder that, even if the Vikings make the playoffs, a deep run won't be included.

No. 4: Have all the Tua Tagovailoa haters been silenced yet? Not every throw was pretty in the Dolphins' thrilling comeback victory over the Ravens. But his 469 passing yards and six touchdowns speak volumes about his ability to win, even when down big. Perhaps Tagovailoa's biggest win on Sunday was in the locker room. As a Dolphins player, how could you doubt him again this year?

No. 5: ESPN analyst Dan Orlovsky definitely farted during the Monday night broadcast in Buffalo. I know the hold-in sneeze, into a fart, better than most. And the best thing Orlovsky can do is own this. Jim Tomsula was fart-shamed as a coach once, and Orlovsky shouldn't be fart-shamed as an NFL analyst. 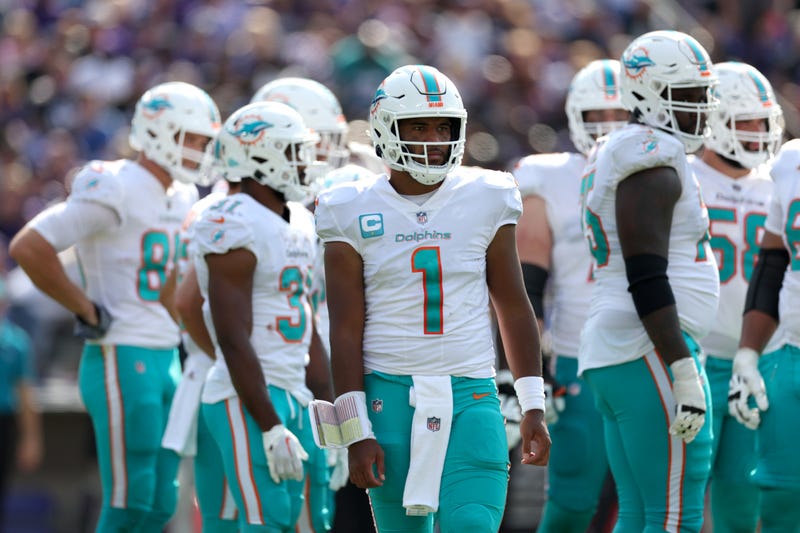 No. 6: Cooper Rush is now 2-0 as the Cowboys' starting quarterback. Jerry and Stephen Jones talking about rushing Dak Prescott back from injury tells us that they even don't believe in Rush. Dallas begged the Bengals to come back in the second half, but their defense held strong. So how long can this continue with a very below-average offense? Probably not too long. But the Cowboys and coach Mike McCarthy deserve credit for beating the reigning AFC champion under those circumstances.

No. 7: Broncos first-year coach Nathaniel Hackett is now a national mockery. NFL on CBS voice Andrew Catalon was amazing on Sunday's call against the Texans. He captured the thoughts of every Broncos fan or backer in what the hell Hackett was thinking with their decision-making and management. I can't recall a rookie coach looking this blatantly unprepared through two weeks.

No. 8: Kyler Murray does receive a lot of warranted criticism. But on Sunday, he reminded everybody why you take the bad with the very good. He willed the Cardinals back, and made an unbelievable two-point conversion play to force overtime against the Raiders. Had that fumble not been returned for a touchdown, I have no doubt Murray was leading Arizona to a game-winning field goal. Now, if the new Call of Duty comes out in November, then maybe this changes.

No. 9: Robert Saleh had good fortune happen for his Jets last Sunday, and he owes no one an apology. New York could've given up when trailing by 13 with 90 seconds left, but they didn't. They got a missed extra-point and Nick Chubb not kneeling down to help them out, but the broken teams don't take advantage of those miscues. The Jets are playing for Saleh, and this may be the start of something for Gang Green, finally.

No. 10 Chants for Kenny Pickett rained down in Pittsburgh last weekend and the fans shouldn't have to wait long to see their first-round pick. The Steelers benefited from five Bengals turnovers during Week 1, and those mistakes hid Mitchell Trubisky's ugly performance. In Week 2, Trubisky did nothing against a poor Patriots defense. Pittsburgh isn't a true contender -- especially with TJ Watt missing multiple games this season. The time for Pickett should be here sooner, rather than later. 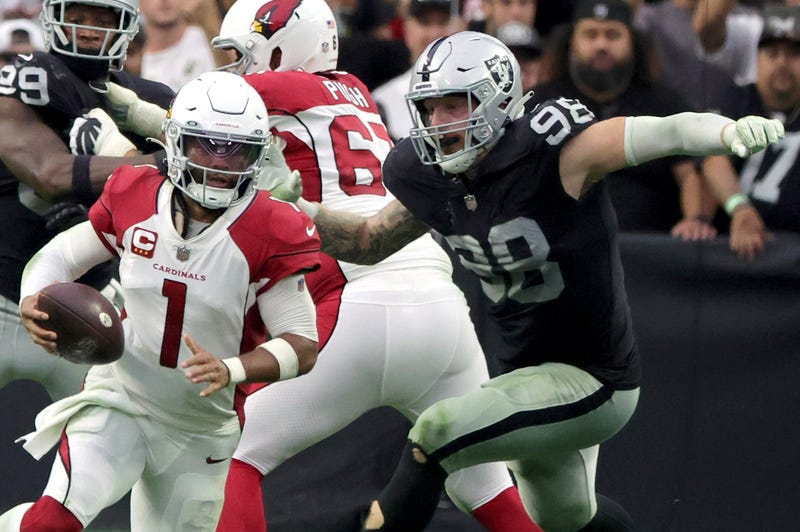 Chiefs at Colts: The Colts' reward for failing to beat the Texans and Jaguars to start the season is a nice home game against the.. Chiefs? These Chiefs -- which look like the Bills' biggest challenger in the AFC -- must be licking their chops to take on this Matt Ryan-led version of the Colts. Would an even uglier loss this Sunday lead to Frank Reich's firing?

Raiders at Titans: This could be an elimination game for two AFC playoff teams from a season ago. I'd argue, based on the divisional weakness, that the Raiders need this game more. They can't follow up the Arizona collapse with a loss to a Tennessee team whose offense looks as lost as ever. On the flip side, if Ryan Tannehill doesn't start elevating this offense, Malik Willis may begin to see more and more playing time.

Bills at Dolphins: You really can't get a juicier 1 p.m. matchup in September. With a 2-0 record, the Dolphins look for real, and showed that they can win a high-scoring shootout. The Bills look like they're playing a different game than the rest of the NFL. Could the South Florida heat and humidity knock the Bills back down to earth?

Packers at Bucs: No Mike Evans, likely no Chris Godwin, and an offensive line very much in flux should make the Bucs sweat on Sunday. They feel a bit underwhelming, as far as 2-0 teams are concerned. And the Packers' recipe for righting the ship was the Bears. This game may also be the final time that we see Aaron Rodgers and Brady together on a field. And who knows, maybe the NFC's top playoff seed will be determined by this game. 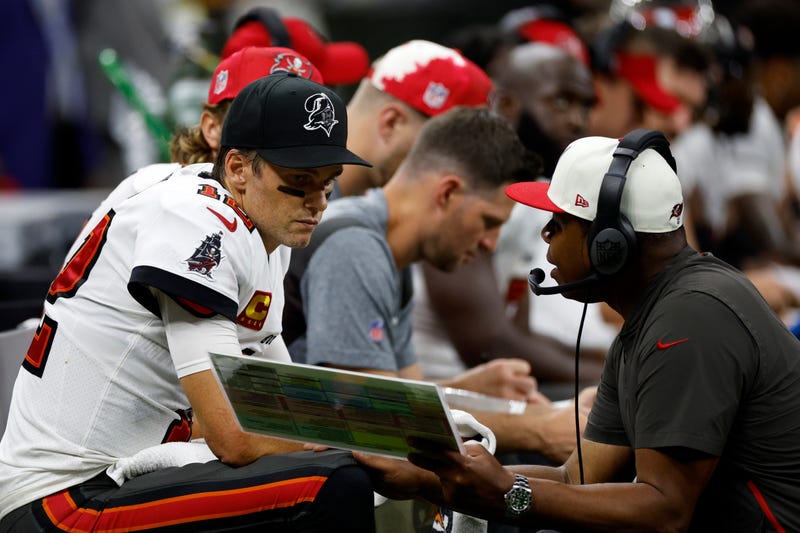 Chiefs (-5.5) at Colts: It's fade-the-Colts season, and the number doesn't feel high enough, frankly. Maybe the books are begging us to take the Chiefs, maybe they have so many home dogs this week, they really don't know what to make of the Colts in this spot. Patrick Mahomes indoors? Yeah, I'll take my chances that the Chiefs beat the life-support Colts by at least a touchdown.

Eagles (-6.5) at Commanders: The Eagles are humming along after their Monday beatdown of the Vikings, and they're a sneaky good futures bet as an NFC champion. The key here, though, is Carson Wentz facing his former team, in the Eagles. Has Wentz struck anybody as the type of guy who rises to the occasion when the pressure mounts? He hasn't, and the Washington defense has also been a sieve through two weeks.

Texans (+2.5) at Bears: There are nine home underdogs in Week 3, the most in a week since 1993. Yet, the Bears aren't one? Justin Fields currently ranks 33rd in passes attempted by quarterbacks this season. There are only 32 teams. Doesn't sound like a franchise that trusts its quarterback to make plays. The Texans stink but they're spunky, as they tied against the Colts and covered against the Broncos. And I'll likely sprinkle money on the Texans ML to win outright as well.

Pulled Pork Taquitos. This one is going to take a lot of work, so lazy cooks need not apply. Get yourself a pork shoulder, though porkchops will work in a pinch. Slow cook them the night before for 8-10 hours in seasonings of your choice and your favorite BBQ sauce. Get some white or corn tortilla wraps and shredded cheese. Take spoonfuls of pulled pork, place it in the middle of the tortilla, sprinkle cheese on top, and roll those up like a good cigar. Then either air fry, bake, or fry in oil until perfectly crunchy. The fresh crunch, pulverizing pork and BBQ taste, and gooey cheese will be a delight for all of your guests. A tasty sour cream or guac dip would also enhance the party in your mouth.