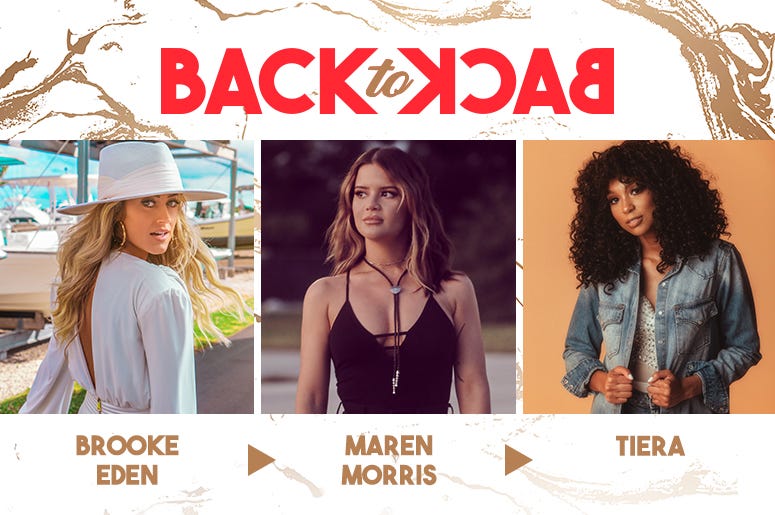 Brooke Eden's new single "No Shade" will bring sunshine to even the cloudiest of days!  A tune about seeing the light at the end of the tunnel, Brooke says this is actually the first of three songs she'll be releasing this year. "Sunroof" and "Got No Choice" will complete the trilogy.

Rising country artist, Tiera, is a name you need to know. She was recently crowned part of CMT's Next Women of Country class and the buzz around her music continues to grow. Tiera says her latest single "Miles," featuring Breland, "is basically a whole metaphor for love" and we think you'll love jamming out to this one!