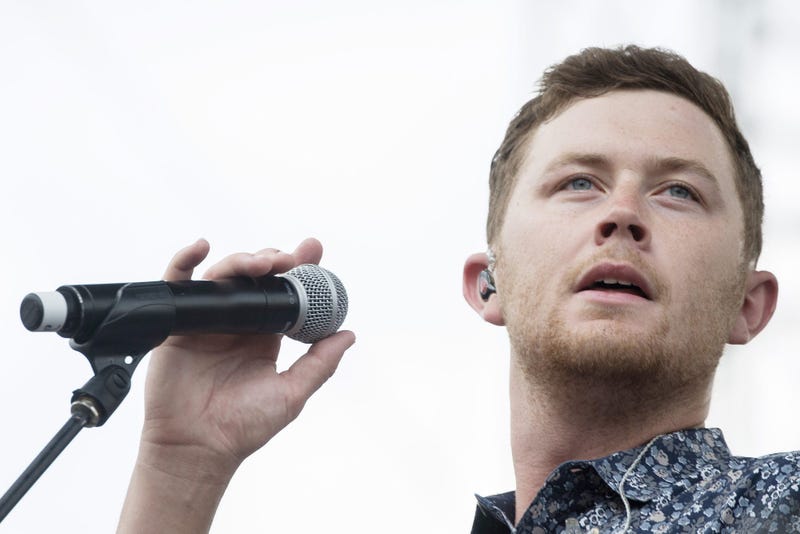 According to Scotty McCreery's Instagram he's been living it up during the pandemic.

He recently celebrated his second anniversary with his wife, Gabi. He told us that they celebrated by eating and drinking a lot. Scotty's IG is filed with pictures of his lovely wife and his adorable dog, Moose. He said that Moose was a little confused with how much Scotty has been home lately.

Scotty is hoping to have another milestone to celebrate that being another No. 1 song with his current hit "In Between".

Like most, Scotty is looking forward to live sports, but he said that he'll be ready with sunflower seeds when baseball returns.

It's crazy to think that Scotty won 'American Idol' over 9 years ago. Scotty discussed his panel of judges versus the current judges. Check out who he said was the coolest judge to sing in front of.