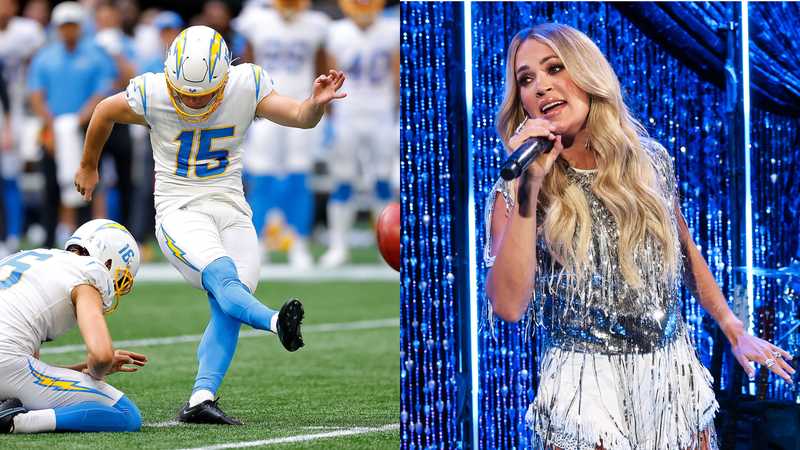 Rookie Kicker Cameron Dicker played the role of hero for the Los Angeles Chargers on Sunday, but in doing so, he missed a big concert.

Dicker signed with the Chargers earlier in the week and ended up kicking the game winning field goal to help defeat the Atlanta Falcons 20-17. He shared with reporters after the game that he originally had tickets to see Carrie Underwood.

"I was planning on going to a Carrie Underwood concert on Tuesday night, or Monday night, whenever it was that I got the call," Dicker shared after being signed to fill in for injured kicker Dustin Hopkins.

Cameron Dicker, former Texas Longhorn, says he was supposed to see Carrie Underwood in concert this week. Instead, he hopped on a plane and made a game-winning kick for the Chargers on Sunday. 😂🤘 #hookem pic.twitter.com/ZDuYbqJPsP

Underwood recently kicked off her Denim and Rhinestones tour, so hopefully she'll catch wind of the rookie's story and find a way to get him into another show.

As for now, Dicker will have to watch Underwood open up Sunday Night Football as he continues to celebrate the team's big win.