Stoked for an epic outing set to hit your town featuring Evanescence and Halestorm? Of course, you are. How about TOURS in general? We thought so...

You're not alone. Amy Lee of Evanescence and Lzzy Hale of Halestorm are right there beside you. Audacy host Ryan Castle sat down with the powerhouse singers to discuss their upcoming American co-headlining tour kicking off this fall in the Pacific Northwest. 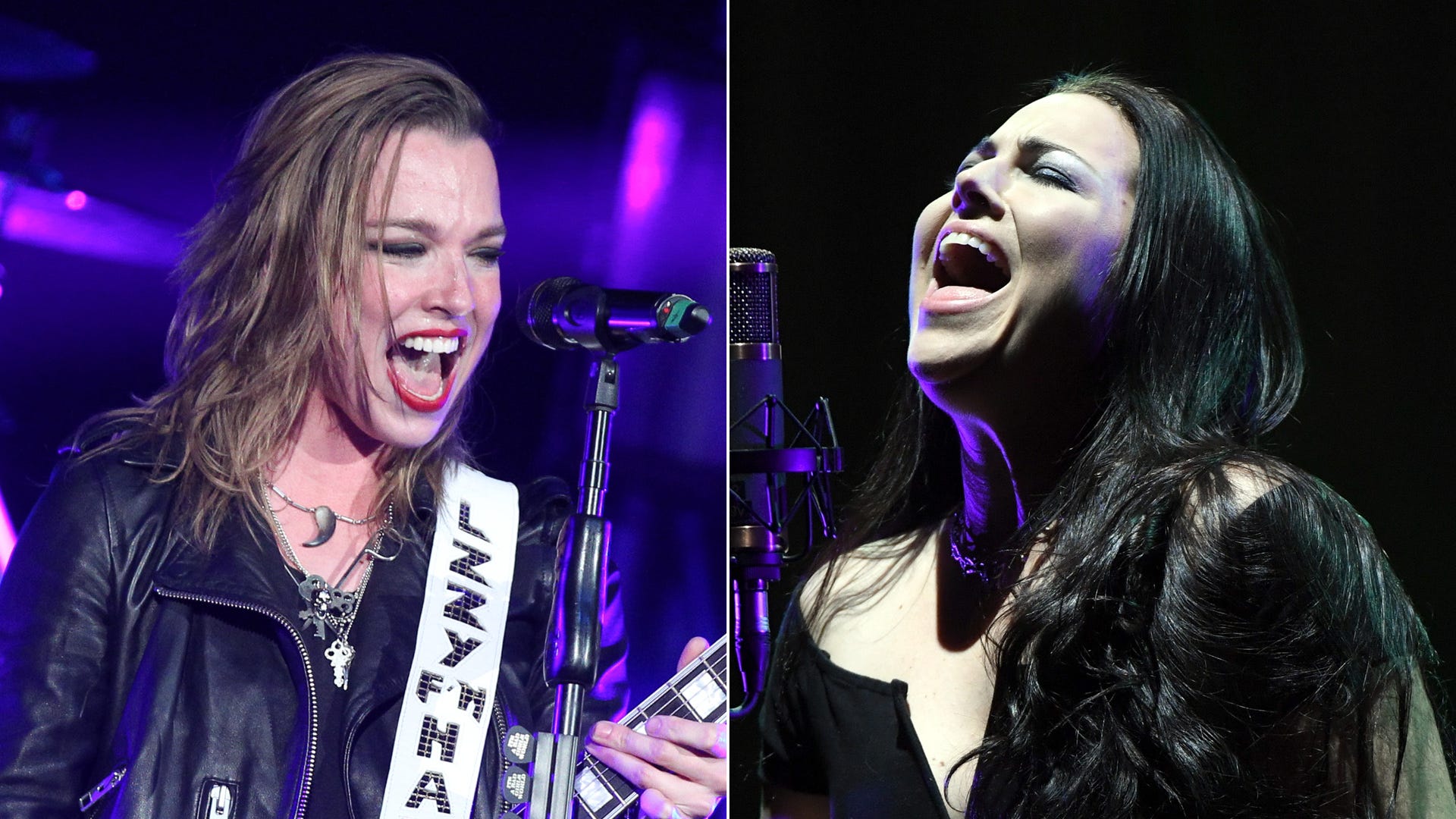 Tickets are on sale now, with stops planned across the U.S. ending on the East Coast in December with a small break in between for Thanksgiving. You can see all of the official dates right here.

The machines are ramping up for a number of artists and bands who have been more than ready to get back on the road after such a long pause in touring due to health restrictions and venue closures. From KORN to the oft-postponed Hella Mega Tour, it looks like everyone is making solid plans to finally hit your area. It's an incredible feeling for both Amy and Lzzy, who are both vibrating with anticipation just thinking about getting back out on stage.

There's an energy just waiting to be released after over a year on pause and it can be seen in our guests beaming faces. "Can you feel it?," asks Lzzy. And while it's a shame we all have to wait until the Fall, Halestorm singer and guitarist Lzzy Hale admits she feels like it will "come up quicker than we think it is; time has been elastic for the past year and a half. It's never gone so slow and so quick at the same time."

"We're just excited," Lzzy continues. "We wanna feel that connection again with our audience off stage, and see faces, and hear people singing along... we're getting the gang back together again." Evanescence singer Amy Lee couldn't agree more. "That's what it feels like touring with you guys too," Amy tells Lzzy. "We toured together in 2012. We know each other and we're friends, and worked together in between a little bit -- but not had a tour. This feels like, in all the ways that we missed tour, we're getting to go do that thing!"

You would assume that whenever bands hit the road together, they're all a close knit group of similar souls. But that's not always the case, and to be able to get back out there, with such a close group of pals is the icing on the cake. "As much as I love discovering new music and having bands on our tours that we've never toured with before," Lzzy says with a laugh, "you meet new friends or sometimes you're like, 'well, you know maybe we won't be friends.' You never know. You say 'hi' and then you're stuck with each other for eight weeks."

"It's great with Amy," Lzzy adds, saying "even from the first day on tour in 2012, it was like we had known each other and had been friends in a past life or something. We kept that going throughout the years, so to finally get back out and have, like what Amy said, our first experience out with an arena tour, at least for us... It's just gonna be so beautiful to be able to share that moment with your friends."