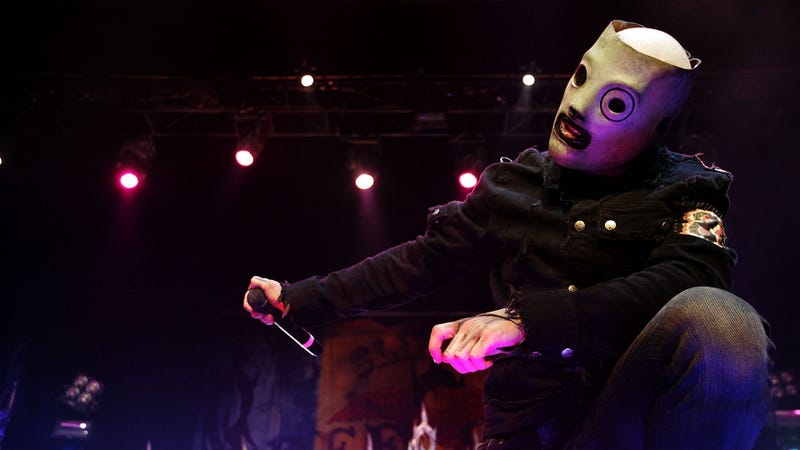 The Slipknot frontman took part in an interview with Knotfest and opened up on just how much the Metallica hit “Enter Sandman” shaped his musical upbringing.

“One of the first songs I ever learned how to play on guitar was ‘Enter Sandman,’” Taylor said. “Because that was kind of our generation’s ‘Stairway To Heaven’ or ‘Smoke On The Water.’ It’s one of those riffs that I like to call the Guitar Center virus.”

“Anybody who comes in is either playing ‘Sandman,’ ‘Crazy Train,’ ‘Smoke On The Water,’ or ‘Stairway’ or ‘Whole Lotta Love,’” he added. “You have those gateway riffs where you go, ‘Oh, I figured it out.'”

Taylor said that as he began to get better at guitar he went back and listened to Metallica’s first four albums and began “learning all these riffs.”

“And it became a sort of language that you could speak to other musicians when you’re jamming for the first time. If you kicked into ‘Blitzkrieg’ or something, or if you kicked into ‘Ride The Lightning’ and just started, and they kicked in with you, you knew you were off to the races, because you don’t just learn that riff; you learn the whole tune and you just go for it.”