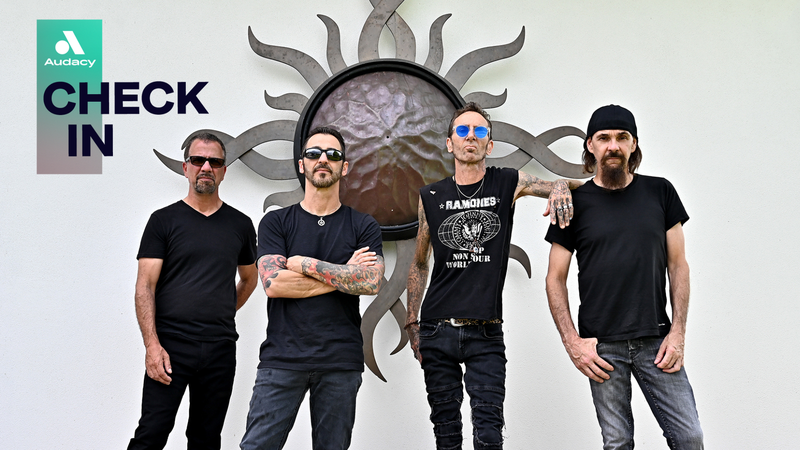 Joining us for an Audacy Check In today is Godsmack frontman Sully Erna on the release day of the band's first new single of 2022, "Surrender," giving fans some details about what's in store in the coming months.

Over two decades, 20 million records sold, and four GRAMMY nods, Boston rockers Godsmack are firmly cemented as one of the genre’s biggest acts with 11 number one singles, and 20 Top 10 hits to date. Officially making their return after a four-year break today, September 28, frontman Sully tells Audacy host Carlota that the band’s next full-length offering is coming in February 2023, with a plan on dropping a second single along with the album.

“I can honestly say, in my entire career, I have never once said in any interview, in any magazine, that this is my best album, this is my best work of all time," says Sully. "I’ve always loved the records, I’ve always supported it, and I always knew that there would be some strong singles on it, but I’ve never said those words, that 'this is our best work yet.' And I’m telling you right now, this is our f***ing best work yet.”

"It's such a good album, man" he adds. "This is a record that even if you don't know the stories behind it -- which is really based on my life, my entire career, the journey that I took from the time I began through all the ups and downs... all the way to appreciating my band again, getting over those hurdles, having so much respect and love for those guys -- to the last song, which is called 'Lighting Up The Sky,' which is the title track."

The title track, Sully reveals, is "about looking back at that journey and if I could reflect on it, what would I tell myself as a young Sully? What advice would I give myself? Would I do it differently? Would I go faster, or would I go slower? And would I live with any regrets knowing that if I didn't do it that way, would I have even gotten to where I've gotten?"

Although, "without the storyline individually per song," he says, "I think fans are gonna love this record because you can just enjoy it for what it is. It’s a high-voltage, high-energy, hard rock album, packed with melodies, packed with good hooks, big grooves, great guitar solos. It is a true hard rock record and we are really, really proud of this body of work. I really think it may be the last piece of Godsmack music you’re ever gonna hear. This could be the last one for us.”

Final albums are always sad news, but fans following the band through their career will be happy to hear the record ends with plenty of nods to the legacy of Godsmack. "When you hear it, and you spend some time with it, and you see how it ends..." Sully explains, "by the end of the last song you'll hear, as the song is ringing out, we put some little treats in there for you that's gonna bring you back to where this record ends, the first record begins. I don't know how to top that!"

Godsmack's new single, "Surrender," from their forthcoming eighth studio album Lighting Up The Sky set to arrive in early 2023, is out now -- and don't miss the track playing all day today on your favorite Audacy Rock stations!

Check out the full Check In with Godsmack's Sully Erna above for more, including details about his Scars Foundation, established to help raise awareness of the mental health issues that so many are faced with today.-- and stay tuned for even more conversations with your favorite artists on Audacy.com/Live.

While you're here -- browse and follow some of Audacy's all-new Rock stations like Venom, Arena Rock, Wake Up and Rock, Workout Rock, Masters Of Metal, IndustriALT, Don't Metal In My Affairs, and The Roots of Rock for those who crave the early days.