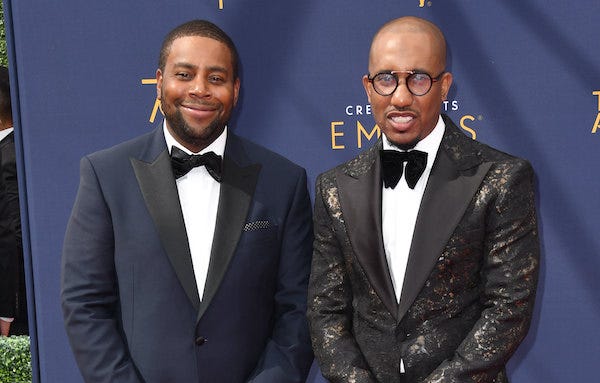 Saturday Night Live star Kenan Thompson married model Christina Evangeline in 2011.  It was announced that Thompson was officially filing for divorce this past June.

Recent photos though have shown Evangeline getting chummy with actor and comedian Chris Redd, who was Thompson’s co-star on SNL from 2017-2022.

Sources tell TMZ there is no bad blood between the two actors though.  Even though a divorce announcement wasn’t made official until this year, Thompson and Evangeline had been “living separate lives,” and had intended to divorce since 2019.

When Redd and Evangeline were photographed together, fans started speculating that it was Thompson who had Redd FIRED from SNL because of the budding romance, which one source said was absolutely false.

Redd left the program on his own accord, because of a number of upcoming projects, including, including a stand-up special for HBO Max and an Audible project with SNL creator Lorne Michaels.

Thompson was also apparently aware of his Evangeline’s romance with Redd, and has “no hard feelings.”  He's moved on as well and is “happily” dating other people.