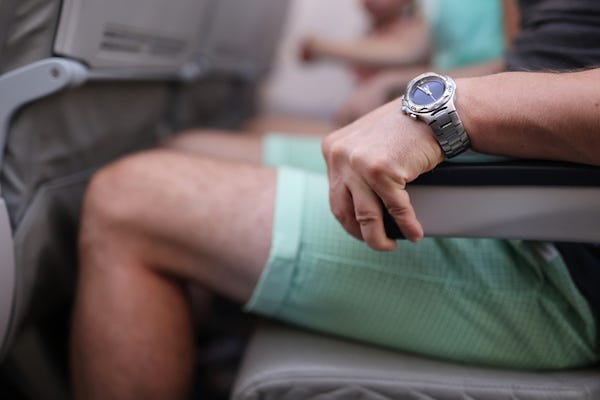 A woman has divided the internet with how she returned to her window seat while traveling on an airplane.

Rather than asking and waiting for the other two passengers to get up and move while she gets to her seat, she steps on each armrest and walks over the other people in her row!

Even more so, one of the passengers she walked over appeared to holding a young baby!

The most criminal activity I’ve ever seen on an airplane. This woman was hopping over other passengers the whole 7 hour flight. @PassengerShame pic.twitter.com/drET3BGBWv

According to the New York Post, the woman walked on the armrests over the other passengers “the whole seven hour flight.”

The internet was, of course, split on the woman’s actions.

One person on Twitter thought it was gross that she potentially went to the bathroom just before returning to her seat.  She wrote, “She goes to the lav in socks, picks up some urine and fecal bits on them, sprinkle some more gross things from the galley and aisle, then put those disgusting things on my armrest?  No thanks!”

Another asked, “Wait. She couldn’t walk around? Where are the flight attendants?  No one told her NO!? Oh hell no.”

Still, some thought there was nothing wrong with her actions.

A user named Mary Moody wrote, “I have no issue with this and it doesn’t appear that those seated next to her do either.  Did they complain or is it only you?”