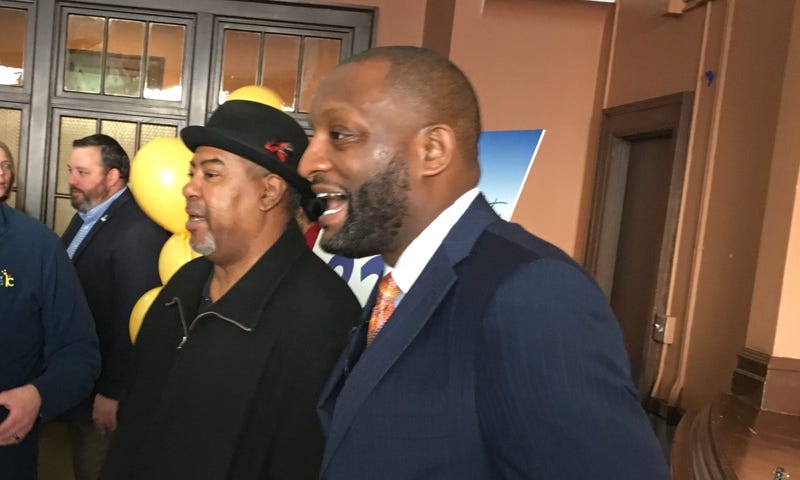 Kansas City, MO - KCPS superintendent Mark Bedell says the district takes measures to prevent violence, but he said the kind of mass shooting that has captured headlines in recent years is unlikely in Kansas City.

Some districts around the country are considering plans to arm teachers as a way of thwarting school shootings. That is not being considered in Kansas City, Bedell said in an in-studio interview on Midday with Jayme and Wickett.

"(A teacher's) job is to come in and focus on teaching and learning, and not to do the job of security," Bedell said. "I recognize that we are in a school system where we actually have the resources to have equipped, trained people. Not all school districts have that luxury."

Bedell does not apologize for security measures that have been taken in KCPS facilities.

"People want to tend to jump on us and say, why do you have all these metal detectors?" Bedell said. "We have one of the safest school districts in the United States. We don't have shootings taking place inside of our schools."

Other school districts visit Kansas City to see how to make their buildings safer, said Bedell, who has three children in the district.

The superintendent also pointed to a pattern in crime statistics and demographics that influences the risk of a mass shooting. Up to now, all of the major school shootings have occurred in more affluent areas.

"(Suburban schools) are the schools where are of these mass shootings are taking place," Bedell said. "They're not taking place in the urban school systems."

That is not to say that the district is immune to violence. In Kansas City, shootings are more common in the streets and in homes.

"Let me tell you where we are getting our mass shootings -- in the community," Bedell said.