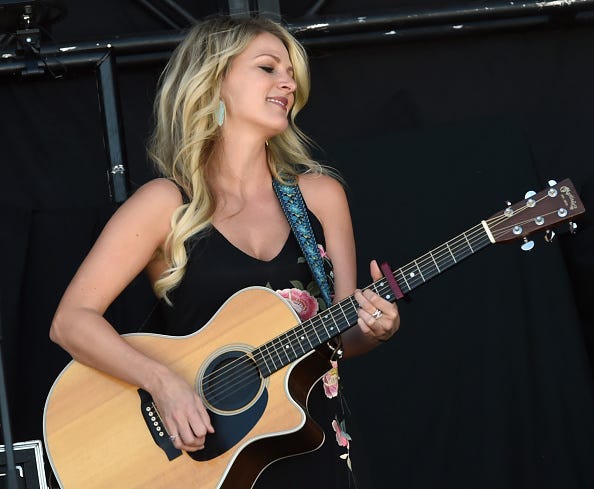 Congratulations to Jennifer Wayne and her new husband fellow musician Austin Moody, who got hitched over the weekend!

Jennifer Wayne, one third of Runaway June, is also the granddaughter of the late John Wayne, and the ceremony was a cowgirl/cowboy theme. According to PEOPLE, Jen's "something borrowed" was her grandmother Pilar Pallete's engagement ring from her grandfather.

In order to make social distancing possible, the very intimate ceremony in Santa Rosa Beach, Florida, was only attended by the couple's family and best friends, with no more than twenty people invited. When the pandemic is over, they are looking forward to "a big party in Nashville" to celebrate.

PEOPLE goes on to say that the couple met last year when Austin found a dog left on the side of the freeway, and reached out to Jen's bandmate Natalie Stovall, who, knowing Jen's heart for dog rescue, put him in touch with her.

Jen and Austin got engaged on December 28th, just a few weeks after Runaway June's lead singer Naomi Cooke announced her own engagement.