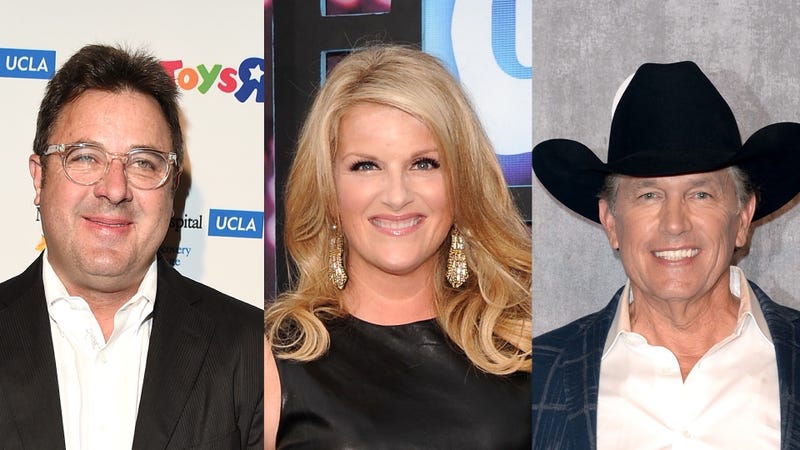 Take a walk down memory lane with us! 90s Country music is one of the greatest joys in life if you ask us, and that’s why Audacy has created an exclusive 90s Country Classics station just for you!

Filled with all your favorite hits from ‘90s stars including Shania Twain, Tim McGraw, Faith Hill, Garth Brooks, Brooks & Dunn and more, this station will have you breaking out that old 90s wardrobe in no time.

In celebration of the station and all the nostalgia it serves up, we’re visiting some of our favorite Country classics from 1992 that are celebrating their 30th anniversary. Where were you when you first heard these classics?!

Released: November 1992
Trisha Yearwood celebrated one of the biggest hits of her career with this song, which was almost recorded by The Judds. While it never hit #1 on the charts, its still a highly recognized song by Country fans to this day and covered by some of the best artists in the genre. The music video even served as one of Matthew McConaughey’s earliest acting roles.

Released: October 1992
30 years later and this song is still a vibe! No wonder it was such a big hit in the early ‘90s. “Don’t Let Our Love Start Slipping Away” was the second single from Vince Gill’s sixth studio album, I Still Believe in You, and proved successful by topping the charts in December 1992. No chance this song will be “slipping away” any time soon.

Released as the second single from Alabama’s album, American Pride, this song has a message that has no problems standing the test of time. All about not letting life pass you by, this song is so loved it has even been tackled by some modern-day artists like Florida Georgia Line who find the importance of keeping the message (as well as ‘90s Country) alive!

Released: February 1992
This song became this long-standing duo’s third consecutive #1 off their debut album, Brand New Man. An instant classic that still plays through Country fan’s speakers on the regular, the song has also found a new life, and beat with Brooks & Dunn’s Reboot album which features a cosmic version of the song with Kacey Musgraves. The song also received the "TikTok Treatment" as fans created a dance to share across the social platform that went viral.

This metaphoric masterpiece has provided Garth Brooks some smooth sailing throughout his career and his fans a piece of inspiration they carry with them to this day. “The River” was the fifth single off Brooks’ Ropin The Wind album and remains a crowd-favorite at live shows 30 years later. Encouraging listeners to sail away with their dreams, the tune served as Brooks' ninth #1 hit on the Billboard Country chart.

Released: August 1992
No better time for a fun, upbeat love song than the early 1990s and that’s exactly what Wynonna had with “No One Else On Earth.” Released as the third single from her self-titled debut album, the song proved successful as it was the third #1 hit from the album. Safe to say, as it celebrates its 30th anniversary, it’s definitely living up to its title.

After passing away in March 2020, Joe Diffie’s legacy lives on through his incredibly heartfelt music. “Ships That Don’t Come In” is a prime example of Diffie’s talent, heart and love for Country music. All about keeping a humble perspective on life with heart-tugging lyrics and gripping storyline, this song gave Diffie one of the many highs of his career as it reached #1 the week of July 3, 1992 as a single off his album, Regular Joe.

Released: August 1992
With a long list of #1 songs earned across his career, it’s hard to pick a favorite but this twangy tune about the highs of love has long-been one of our favorites. While it may be one small part of a massively successful career for Randy Travis, it’s a fun one to celebrate because quite honestly… we don’t know what '90s Country would be if it "Didn't Have" this song.

Can you believe it’s been 30 years since Bubba shot that jukebox down at Margie’s bar? Who could forget this comical storyline so well-sung by Mark Chestnutt that lead to the “justifiable homicide” of a jukebox. Only in Country music…

10 “I Cross My Heart” George Strait

George Strait never goes out of style. “I Cross My Heart” was the first single from his album, Pure Country, which housed the soundtrack for the movie Pure Country. While the song went #1 back in December 1992, it clearly still captures the hearts of fans old and new. No wonder they call him The King…