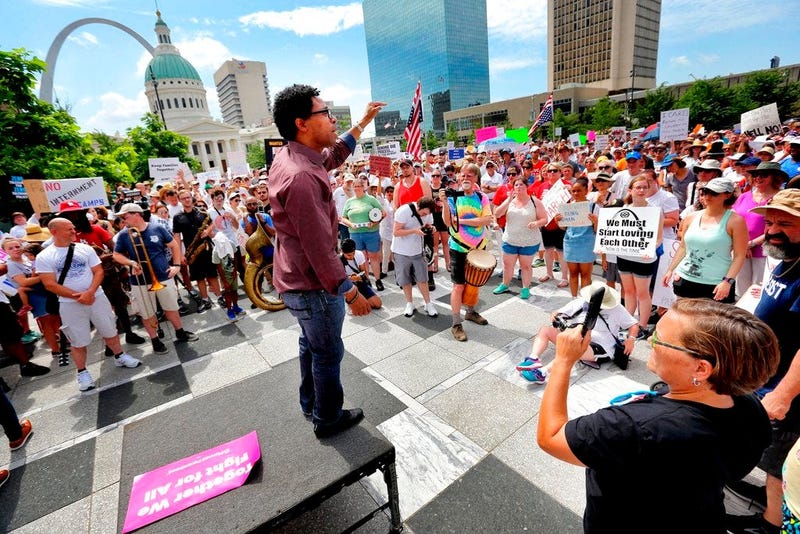 CLAYTON, MO (KMOX) – The St. Louis County Police union is worried about some of the reforms planned by newly-sworn-in County Prosecutor Wesley Bell.

Union President Joe Patterson says his officers "will respect the vote of the people," but he has concerns about the potential impact on public safety from some of Bell's ideas.

Among them, a plan to issue summons to appear in court, rather than cash bails, for defendants arrested for Class D and E felonies.

"Some of these really awful crimes like child molestation, possession of child pornography, having sex with a student--all of those things, you know, these are not low-level offenses," Patterson said.

Patterson says another Class D felony is illegally disposing of a corpse.

"If that's your first time doing that, and there's no proof you murdered the person, you're just dumping a dead body--under this policy the way it's written, we would arrest you, bring your case in front of the prosecuting attorney's office, and he would hand us a summons to give to you," Patterson said, "Hopefully, you'll be a good boy and will show up for court in a couple months."

"As long as marijuana is illegal at the federal and state level, we still have to enforce it," Patterson said, "I can't pull a guy over with 96-grams of weed in his pocket and just let him keep it.  That's not something we can do. We're still going to have to either write a county-level arrest summons, or there's other recourses we have."

Bell has scheduled a news conference in Clayton Tuesday morning to discuss his reforms.

A press release says he will outline "The Bell Plan," which includes "significancy expanding diversion programs for nonviolent offenders with addiction and mental health issues."