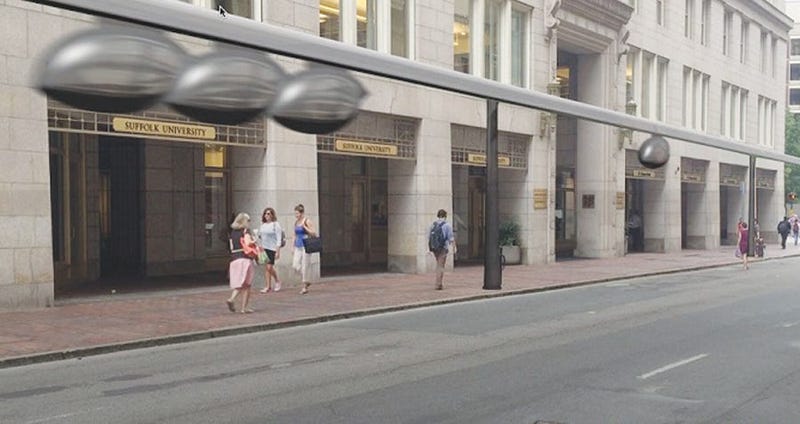 ST. LOUIS, Mo. (KMOX) — This is probably what the future looked like when you thought about it as a kid -- lightweight pods zipping people around the city on elevated ribbons called podways.

It's a completely automated system :

Rates depend on distance, so you could theoretically pay as little as 25 cents.

Stanley says he's already secured nearly a billion dollars in funding guarantees from investment bankers. Transit X has outlined plans for many cities, including St. Louis, which initially would follow a similar path to Metrolink with an eventual north/south line plus more service in North County.

No word on when, or if, this proposal would fly here.

What would a car free landscape look like? Check it out.Utility lines can be hidden within the tracks. Pavement can turn into green space pic.twitter.com/e6NbXNjybI