ST. LOUIS (KMOX) - St. Louis Cardinals pitcher Adam Wainwright appeared ready to break some news about his plans for next year while on the Fox Sports broadcast of Tuesday's Marlins/Braves game.

Well, he did and he didn't.

The 39-year-old, who is a free agent this offseason, announced that he hasn't yet decided what he's going to do. But did say it'll be one of two things:

Who's ready for the @Braves and @Marlins NLDS battle? pic.twitter.com/cBAOLxbcBR

He was pushed by his partners in the booth during the Braves 9-5 victory to give his predictions of other playoff series happening. He first chose the Tampa Bay Rays over the New York Yankees, then predicted the San Diego Padres – who bounced the Cardinals from the postseason – to beat the Los Angeles Dodgers. 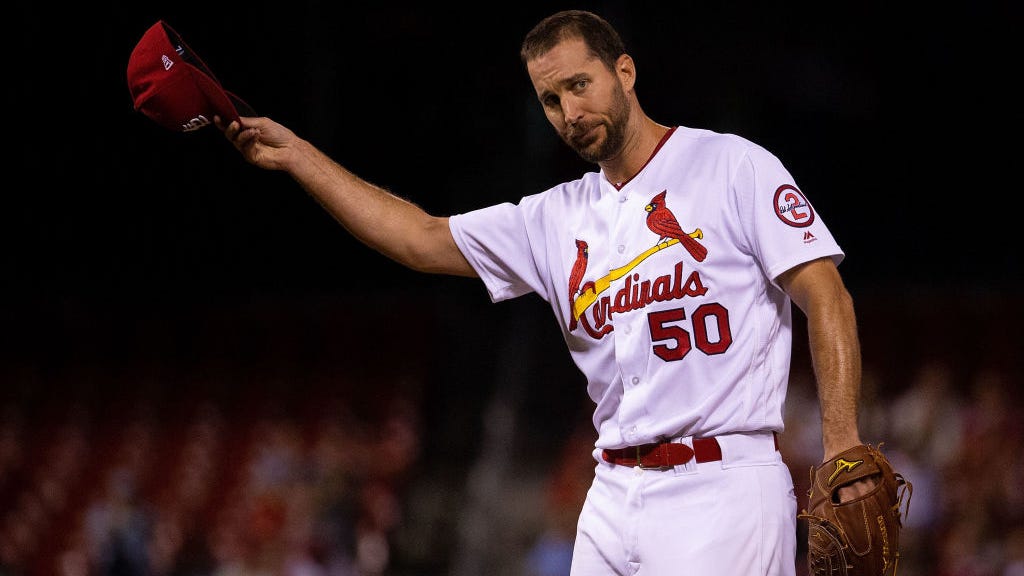 He knew he disappointed some fans with that one.

He's previously stated his desire to be a Cardinals players for life and could be making his decision in partnership with with his catcher Yadier Molina, who is also a free agent.

Papi roasting Wainwright for pitching to him in the 2013 World Series 😆 pic.twitter.com/wdjdasitnS

Wainwright has pitched in back-to-back seasons on one-year, incentive-heavy contracts and has earned about as much possible both times. He could do it again.

Or maybe he'll take off his cap and put on a headset. He seemed to enjoy it on Tuesday.

"I forgot where I was for a minute. I'm such a fan of baseball I forget I'm suppose to be up here talking about it," Wainwright said early in the broadcast. "Great view up here too man, I don't hate it. 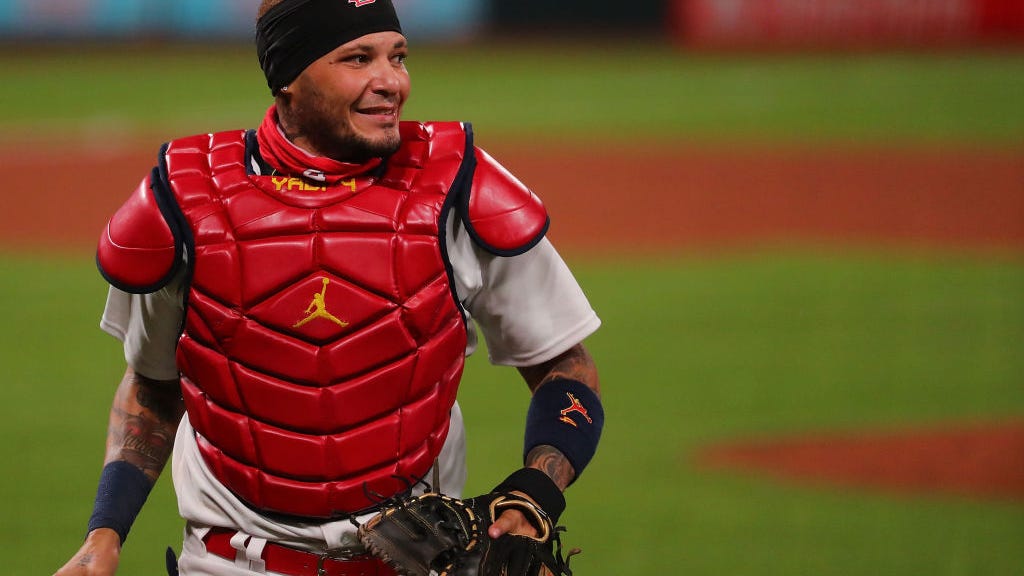 How did Yadi catch that? Cardinals catcher must be a 'wizard'

Wainwright was able to talk about a lot of former teammates during the game, including Braves outfielder Marcell Ozuna, Marlins pitcher Sandy Alcantara and center fielder Magneuris Sierra.

In the middle of the game he also threw out an impressive career statistic, that he is the "active leader for not being hit by a pitch.” He has not been hit in 772 plate appearances, and the next closest active player has had 589 plate appearances without a HBP, according to Derrick Goold of the Post-Dispatch.

Adam Wainwright -- announcing Braves-Marlins -- said he thinks he's the "active leader in not getting hit by a pitch." And that's true!

No active player has more plate appearances with zero career HBP than Wainwright (772).

He was on the broadcast team with his former teammate AJ Pierzynski and Fox Sports' Adam Amin.