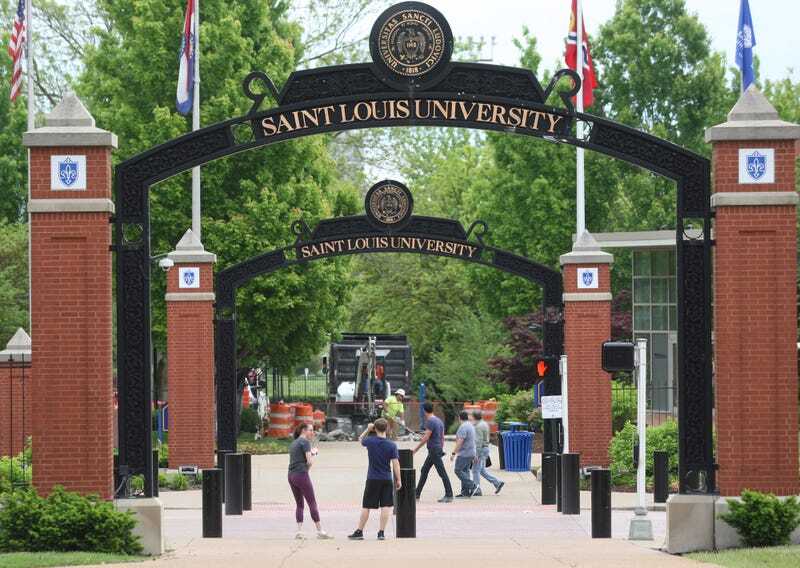 Students for Life, a pro-life group at SLU, participated in the Cemetary Innocents Project where they create displays to honor the lives of children who have been aborted.

What looked to be hundreds of flags were placed on campus in the shape of a cross. According to the video, the group had permission to make the display. In the video, the videographer approaches two women who are ripping the flags out of the ground.

When the women notice they are being recorded, they begin shouting obscenities at the videographer and suggested he has no right to an opinion.

"...you have no right to have an opinion!" #tolerance pic.twitter.com/pZbjMqZgaP

According to SLU's own website, the university is "one of the nation's oldest and prestigious Catholic universities with a strong commitment to faith and service." The website also says "...ethics, spirituality and compassion take center stage."

So far, SLU has not responded to the incident and it is not clear whether or not the women in the video have been held responsible for their actions.