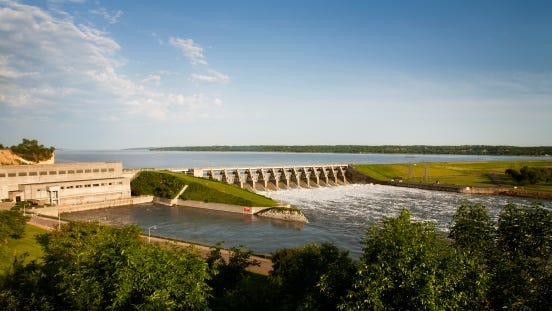 Federal officials say the amount of water being released into the Missouri River from a key dam on the Nebraska-South Dakota border has been reduced to winter levels.

The U.S. Army Corps of Engineers said in a news release Tuesday that the amount of water flowing out of Gavins Point Dam has been reduced to a rate of about 17,000 cubic feet per second.

That’s down significantly from the reduction seen a year earlier, after heavy rain and snow melt in the spring of 2019 sent the river to record levels and flooded parts of Nebraska, Iowa, Kansas and Missouri.