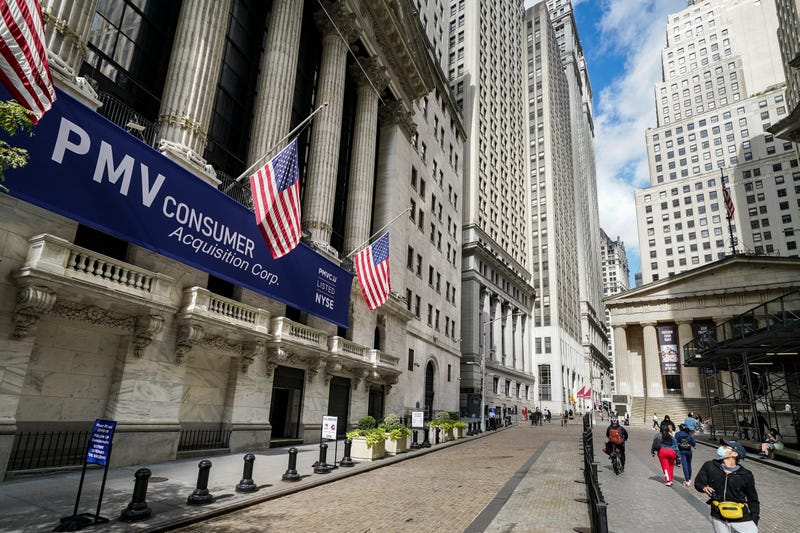 Asian shares were mostly higher on Thursday after stocks eked out small gains on Wall Street following a mixed set of reports on the economy.

Stocks fell in Shanghai after China’s market regulator said it has launched an anti-monopoly investigation of e-commerce giant Alibaba Group, stepping up official efforts to tighten control over the country’s fast-growing tech industries.

China also is ramping up its scrutiny of the practice of community group buying, summoning some of the nation’s largest tech companies for discussions as part of the anti-monopoly push.

“Although some reshuffling of portfolios in emerging Asia was to be expected ahead of the holiday break, the underlying theme is a positive one," Jeffrey Halley of Oanda said in a commentary.

Gains by financial, communication services, energy and other sectors were kept in check by declines elsewhere, including technology companies, which helped pulled the Nasdaq slightly lower.

An hour before trading began on Wall Street, the government released an avalanche of data on the economy that showed some optimistic signs and several disappointing ones.

The Labor Department said fewer U.S. workers filed for unemployment benefits last week. The number is still incredibly high compared with before the pandemic, but it was better than economists were expecting.

Another report said that orders for long-lasting goods strengthened by more than expected last month, a good sign for the nation’s manufacturers.

But other reports were grimmer. Consumers pulled back on their spending by more last month than economists expected. It was the first drop since April and was mainly because incomes dropped sharply in November, by more than economists had forecast.

Stock futures initially dropped after President Donald Trump said that he may not sign the $900 billion rescue for the economy that Congress approved Monday night.

The hope in markets had been that the package might tide the economy over until widespread vaccinations can help the world begin to return to normal. The legislation includes one-time cash payments of $600 to most Americans, extra benefits for laid-off workers and other financial support.

Trump said late Tuesday that he wants to see bigger cash payments going to most Americans, up to $2,000 for individuals. He also criticized other parts of the bill.

But shares eventually drifted upward as investors looked past the unexpected pushback.

“Despite the churning of the Washington DC pond by vetos, new votes, and overrides, Wall Street clearly believes something positive will float to the top of the barrel when the churning stops," Halley said.

In other trading, U.S. benchmark crude gained 12 cents to $48.24 per barrel in electronic trading on the New York Mercantile Exchange. It gained $1.10 to $48.12 on Wednesday. Brent crude, the international standard, added 14 cents to $51.38 per barrel.