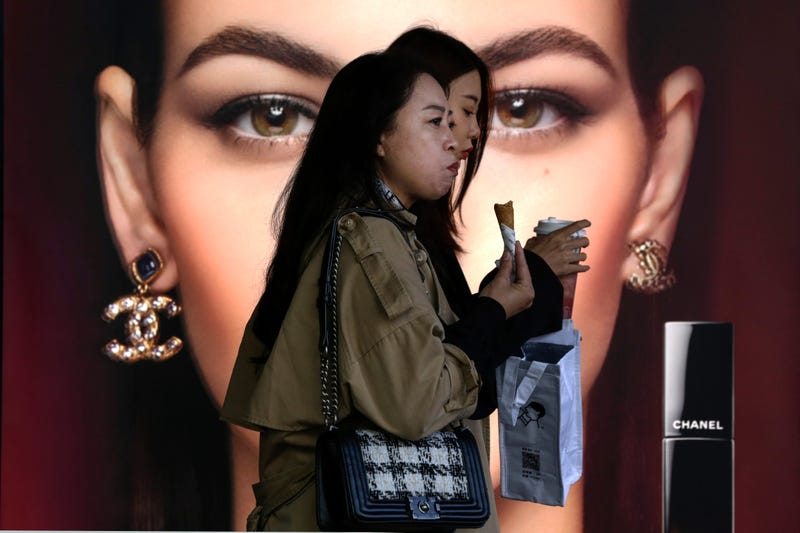 Photo credit FILE - In this Oct. 19, 2020, file photo, women eating snack walk by a Chanel cosmetic shop at the capital city's popular shopping mall in Beijing. China’s economy grew 2.3% in 2020 as a recovery from the coronavirus pandemic accelerated while the United States, Europe and Japan struggled with disease flare-ups. (AP Photo/Andy Wong, File)
By The Associated Press

BEIJING (AP) — China eked out 2.3% economic growth in 2020, likely becoming the only major economy to expand as shops and factories reopened relatively early from a shutdown to fight the coronavirus while the United States, Japan and Europe struggled with rising infections.

Growth in the three months ending in December rose to 6.5% over a year earlier as consumers returned to shopping malls, restaurants and cinemas, official data showed Monday. That was up from the previous quarter’s 4.9% and stronger than many forecasters expected.

In early 2020, activity contracted by 6.8% in the first quarter as the ruling Communist Party took the then-unprecedented step of shuttin