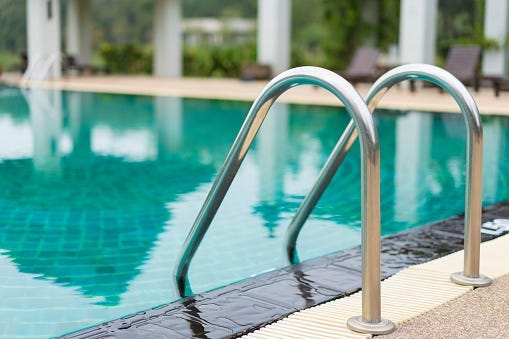 Police have arrested a father in the drowning death of his son, 2, in a neighborhood swimming pool.

Police Officer Charley Davidson said Friday that William Kabutu, 44. of Wichita has been arrested on suspicion of felony murder and two counts of aggravated child endangerment, stemming from the boy’s death Tuesday.

It wasn’t known whether he has an attorney. He said the father took the 2-year-old and his 4-year-old brother to the pool, where they slipped through the bars of a fence that surrounded the pool.

The younger child then went into the water but the toddler’s father was to large to get through the bars and the gate was locked.

music
2021 MTV Movie & TV Awards: See the nominees
music
Alice Cooper revisits the time he pointed a gun at Elvis Presley
music
The top 5 requested songs for Redman and Method Man's 4/20 VERZUZ
music
Willie Nelson wants President Biden to recognize 4/20 as a national holiday
news
US lists 80% of countries as 'Do not travel' in new advisories
music
Will this Ariana Grande and The Weeknd collab lead to another baby boom?