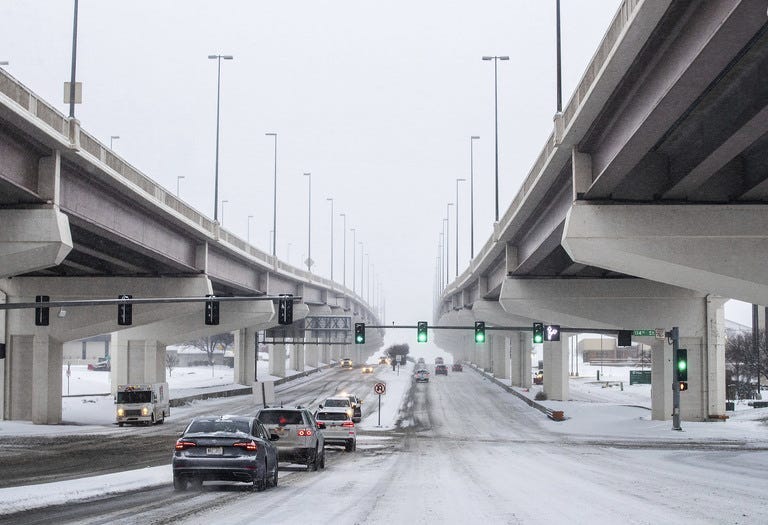 By Tuesday morning, snow was so heavy in western Nebraska that Interstates 80 and 76 were closed in both directions after several accidents. Police in Omaha reported several accidents blamed on slick roads. Some parts of Nebraska had already seen 3 inches of snow by shortly after dawn.

AccuWeather said parts of northeast Kansas and northern Missouri could see ice accumulations of up to a quarter of an inch, which could weigh down power lines and branches and cause power outages.

In Topeka, morning snow was expected to give way to freezing rain before eventually becoming rain.

In the Kansas City area, light snow on Tuesday morning resulted in several accidents. Among them were several rollover wrecks on the Kansas side of the metropolitan area.