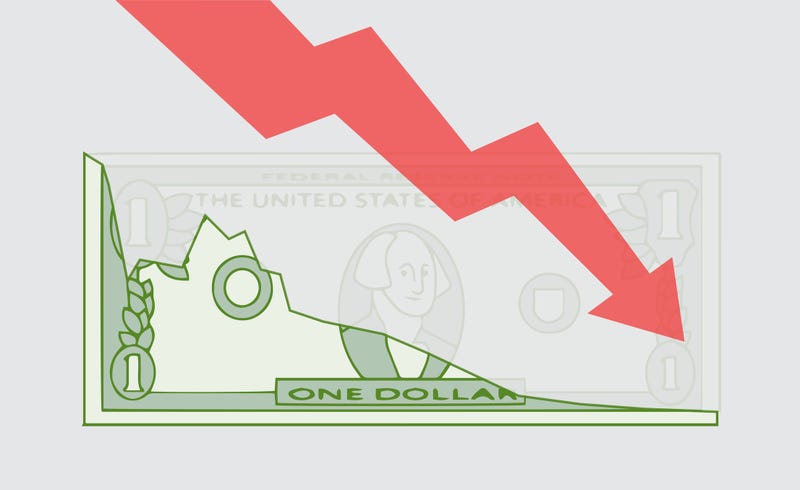 On August 8th, the Americans for Prosperity (AFP) Kansas chapter will partner with Wichita’s Jump Start Gas Station to lower gas prices to $2.38/gallon – the national average on Joe Biden’s inauguration day. This grassroots awareness event is part of AFP’s national “The True Cost of Washington” campaign, which highlights how wasteful government spending leads to rising costs for Americans and businesses.

As inflation soars to a whopping 9.1%, more Americans are struggling to make ends meet and the economy remains their number one concern. However, AFP is providing much-needed relief by partnering with local gas stations to raise awareness of policies that are destroying families, businesses, and communities.

“High prices at the pump and checkout are forcing Kansans to cut back on buying essentials or to deplete their savings,” said Elizabeth Patton, State Director of AFP-Kansas. “It doesn’t have to be this way. On August 8th, we are proud to highlight how free markets and smarter energy policy, not excessive spending and regulations, can lower gas prices and give Kansans the relief they deserve.”

This is the first of three organized “The True Cost of Washington” events in Kansas. It continues AFP-Kansas’ staunch efforts to connect with communities with grassroots solutions; solving Kansans’ most pressing economic issues, including skyrocketing gas prices. 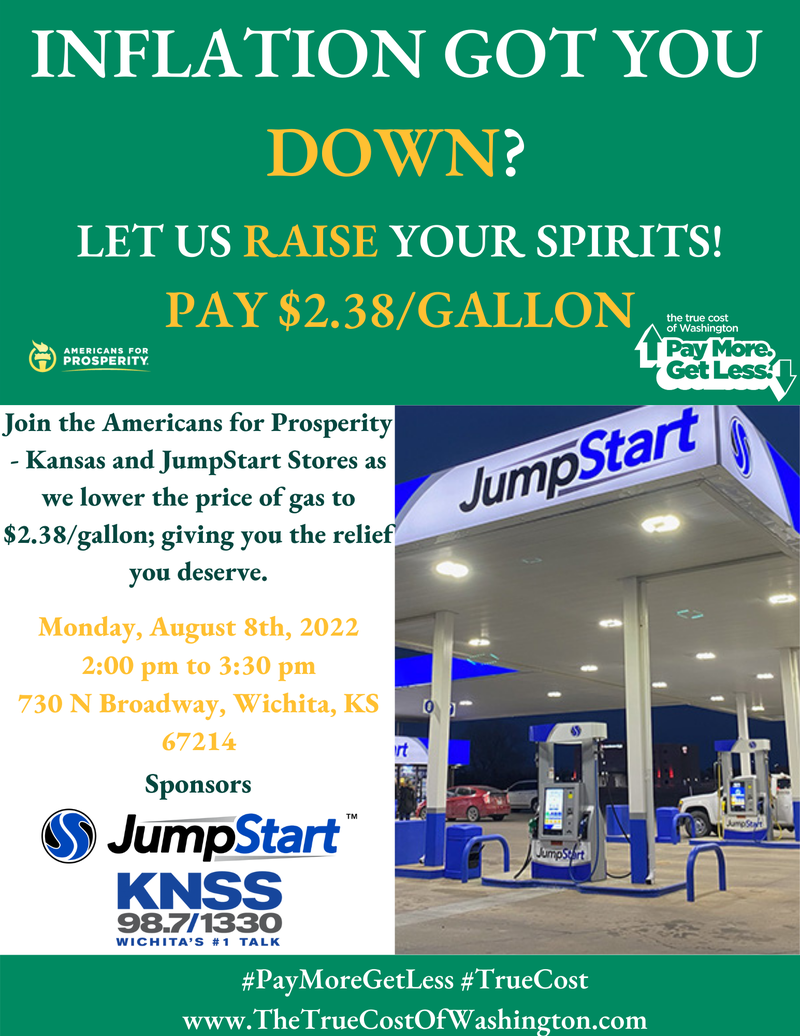 More background on “The True Cost of Washington:

AFP’s “The True Cost of Washington” campaign will educate Americans in nine states, including Kansas, about the truth behind rising costs while offering real solutions to make everyday life more affordable. Thanks to soaring inflation, Americans across the country can expect to spend an extra $5,200 to keep the same standard of living as last year, and an extra $1,433 for gasoline.

A poll recently conducted by Public Opinion Strategies for AFP found that 75 percent of Americans reported that the increase in costs has impacted their consumer behavior over the past year. Most individuals surveyed agreed that government policies and regulations have caused price increases. Sixty-one percent of those surveyed blamed President Biden for this increase.

AFP’s rising price solutions have support, with 88 percent of respondents agreeing the government should make it easier to produce energy domestically, and 82 percent agreeing with getting government spending under control by tackling the federal debt and reducing federal budget deficits.