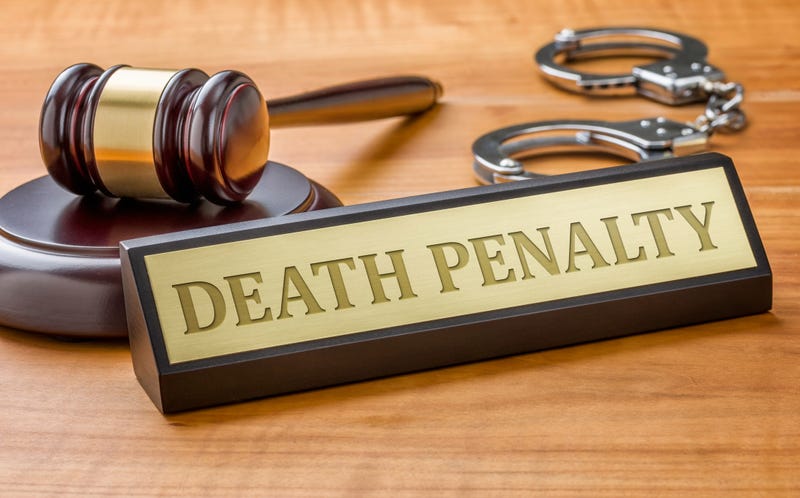 The Kansas Supreme Court has affirmed the death sentences for Reginald and Jonathan Carr, the two brothers convicted in a Wichita crime spree that left five people dead.

The week-long crime spree in December of 2000 involved the robbery of an assistant baseball coach and the attack of Ann Walenta, a local cellist, who was injured and later died in the hospital. A few days later, the brothers broke into a home on Birchwood Drive where they abused and terrorized five young adults for hours. Finally, after being forced to take money out of ATMs, the victims were taken to a field, shot in the head, run over, and left for dead. Brad Heyka, Heather Muller, Aaron Sander and Jason Befort were killed.

One woman survived when a bullet hit a barrette in her hair. During the trial, she was referred to as H.G. Her testimony was key in the case.

Last May, both defense attorneys argued to the Kansas Supreme Court that the proceedings for the brothers should also have been separated in the penalty phase. They also claimed there were issues with jury instructions.

The defense for the State of Kansas argued none of that should impact the jury sentence of death.

This was not the first time Kansas’ highest court heard the case of the Carr brothers. In 2014, the two brothers appealed to the Kansas Supreme Court. Back then, the court vacated the death sentence, concluding the Carrs’ Eighth Amendment rights to individualized sentencing were violated by the Sedgwick County District Court judge’s refusal to sever the penalty phase.

The Kansas Supreme Court rejected both challenges raised under the Kansas Constitution Bill of Rights. The court held that capital punishment does not infringe on the inalienable right to life protected by Section 1. The court noted that although the framers of the Kansas Constitution intended the right to be inalienable, they did not intend it to be nonforfeitable. And a defendant who has been convicted of capital murder beyond reasonable doubt forfeits this right, and the state is free to impose lawful punishment for the crime.”

District Attorney Marc Bennett, who serves Sedgwick County, said he will comment on the case after he has a chance to review the court’s opinions. His office pointed out that the Kansas Supreme Court opinion in the Reginald Carr case is 160 pages long, and the opinion in the case of Jonathan Carr is 64 pages.

“The legal path to this day has been long and winding for the victims and their families, for the Wichita and Sedgwick County community, and for all of Kansas, but today’s decisions by the Kansas Supreme Court are welcome confirmations that although the wheels of justice may turn slowly they do ultimately propel us all forward. Absent a successful request by the defendants for the U.S. Supreme Court to again review the case, which seems unlikely at this stage, today’s decisions will conclude the direct appeals in this case with the result that both defendants stand convicted of capital murder and sentenced to death as Sedgwick County juries determined to be appropriate so many years ago.

“This does not mean the litigation in these cases is concluded because the defendants now have the opportunity, under both state and federal law, to seek further judicial review of their cases. But completing these direct appeals is an important milestone in the path toward justice for the horrific crimes these defendants committed and the innocent lives they took.”

Today’s state court action resolves other legal issues that remained after the U.S. Supreme Court’s action. Among the issues decided today, the Kansas Supreme Court ruled that its 2019 decision in Hodes & Nauser v. Schmidt, which identified a fundamental state constitutional right to abortion, does not extend the concept of fundamental rights to preclude the death penalty for those lawfully convicted of capital murder, and consequently the Kansas death penalty does not violate Section 1 of the Kansas Bill of Rights.

“Today’s decision is important principally because of what it means for justice in the horrific murders committed by the Carr brothers in Wichita,” Schmidt said. “But it also is important because the Kansas Supreme Court has now limited the effect of its Hodes & Nauser decision. It increasingly appears that the Hodes decision, which I continue to believe was erroneous as a matter of state constitutional law, may apply only to abortion, and Kansas voters will have the opportunity in August to correct that mistaken interpretation of our state constitution through the public vote on the proposed Value Them Both Amendment to the Kansas constitution.”

Currently, nine people are under sentence of death in Kansas. Of those nine, seven have exhausted their direct appeals and are in various stages of collateral litigation. Those are Gary Kleypas, John Robinson, Sydney Gleason, Scott Cheever, Craig Kahler, and now Jonathan and Reginald Carr. Of the remaining two, Justin Thurber’s convictions were affirmed on appeal, but his sentence remains under appeal as the courts gather information relating to his claim of intellectual disability. The case of the other remaining defendant – Kyle Flack – will be argued before the Kansas Supreme Court next week.