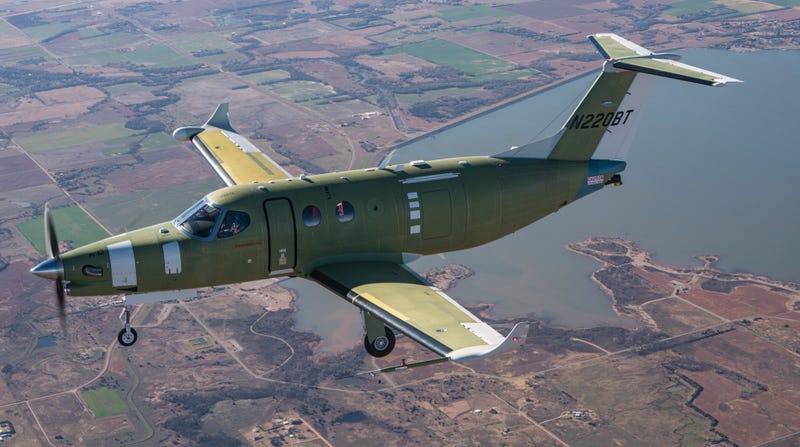 Wichita-based Textron Aviation has announced its new single-engine turboprop, the Beechcraft Denali, has taken to the skies for the first time. The milestone first flight is a major step for the aircraft.

The Beechcraft Denali prototype aircraft, powered by GE Aviation’s new Catalyst engine, took off at approximately 8:20 a.m. Tuesday from the company’s west campus at Eisenhower National Airport. During the nearly three-hour flight, the team tested the aircraft’s performance, stability and control, as well as its propulsion, environmental, flight controls and avionics systems. The aircraft reached an altitude of 15,600 feet, and attained speeds of 180 knots.

Our newest single-engine turboprop, the @Beechcraft Denali, has taken to the skies. 🛫

Today’s landmark flight is a truly great moment for our employees, suppliers and customers.

The company is targeting certification for the Denali in 2023.

The Denali is designed to have a range of 1,600 nautical miles at high-speed cruise with one pilot and four passengers, and will be able to fly from Los Angeles to Chicago, New York to Miami or London to Moscow.

Our newest single-engine turboprop, the Beechcraft Denali, has taken to the skies. 🛫 Today’s landmark flight is a...

The Catalyst engine burns up to 20% less fuel than older turboprop technologies. Like the company’s other aircraft, the Denali can also use sustainable aviation fuel.