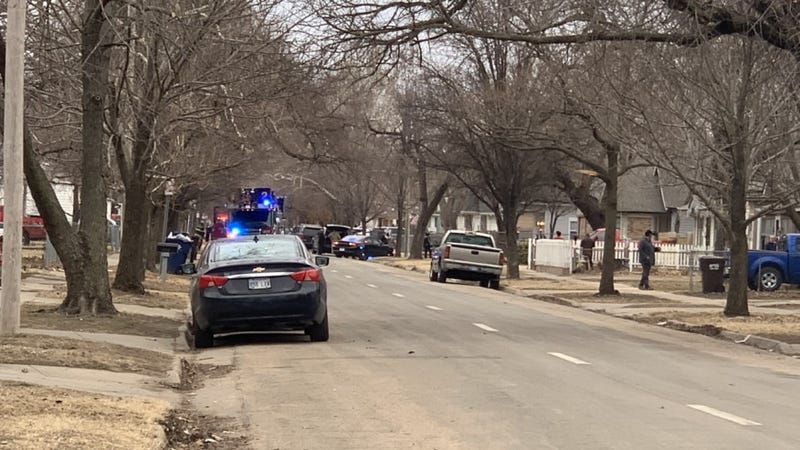 It happened just after 4 p.m. Saturday at a home in the 1400 block of south St. Francis.

A homeowner had called 911 to report that they had discovered damage to a vacant home that they owned and they believed someone might be inside. As officers entered the home to check it, an explosion occurred. The three officers were injured and were transported to a local hospital for treatment.

Just after 4:00 officers were dispatched to check a vacant residence in the area. After making entry into the residence, three officers sustained injuries from a possible explosion from an unknown device.

One of the officers has been released, while two remain in the hospital with non-life threatening injuries. One has minor injuries and another is in serious but stable condition.

The WPD/Sedgwick County SWAT team was activated, as well as the Wichita Police Department bomb squad. Investigators say no one was inside the home, but someone had left a modified, loaded shotgun in the residence which discharged as the officers made entry.

Wichita Police along with the ATF and FBI continue to investigate the case. If you have information regarding this incident, please call the WPD Investigations division at 268-4181 or Crime Stoppers at 267-2111.