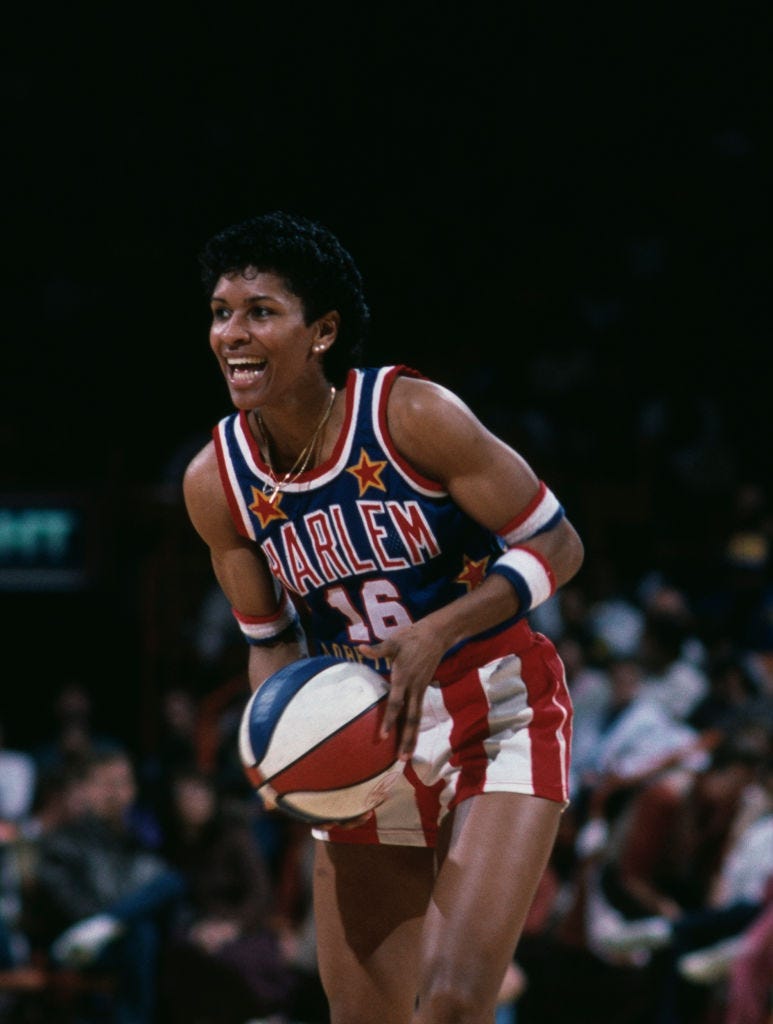 The Wichita native was part of a pair of state championship teams during her playing days at Wichita North High School.

Woodard then became a four-time All-American at the University of Kansas, averaging 26 points per game for her career; she's still the all-time leading scorer in major college women's basketball history.

Woodard won a gold medal as part of the women's basketball championship team at the 1984 Summer Olympics in Los Angeles. The following year, she became the first female member of the world-renowned Harlem Globetrotters.

Woodard also played two years in the WNBA, and was a college head coach for three seasons at Winthrop.