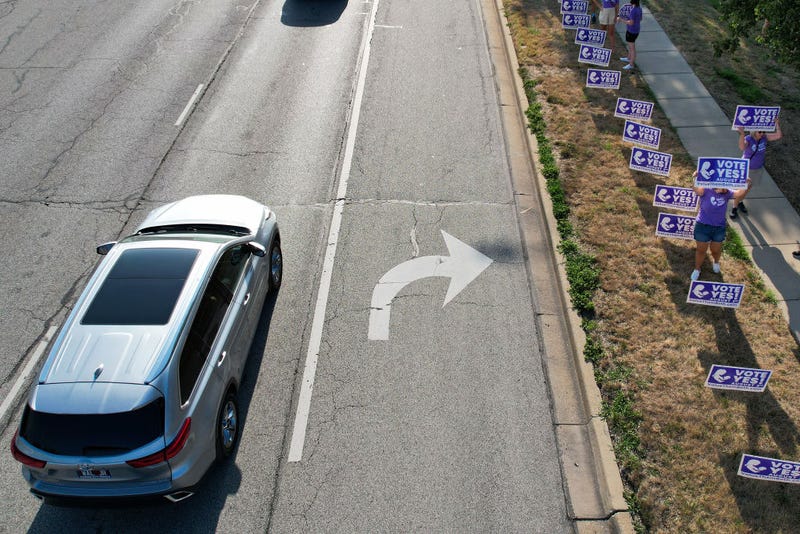 In this aerial view, supporters of the Vote Yes to a Constitutional Amendment on Abortion hold up signs along 135th Street on August 01, 2022 in Olathe, Kansas. On August 2, voters will vote on whether or not to remove protection for abortion from the state constitution. Photo credit (Photo by Kyle Rivas/Getty Images)
By Lauren Barry

As of Wednesday afternoon, unofficial election results from the Kansas primary showed that nearly 60% of voters said “no” to a proposed amendment declaring that the state’s constitution would not protect abortion.

What does this signal for the future of reproductive rights in the nation?

According to Sen. Roger Marshall (R-Kan.) a politician who endorsed the amendment, the election results “are an enormous blow to efforts to protect the sanctity of life in Kansas.”

Words could never express the sadness and emotion myself and many Kansans are feeling after the Value Them Both amendment was not adopted. This is an enormous blow to efforts to protect the sanctity of life in Kansas. 1/5

On the other hand, Democrat Kansas Gov. Laura Kelly said it was a sign that the people were able to reject “extremists who tried to buy today’s vote.”

Tonight we rejected legislation that put women's health care at risk -- but our work isn't done. Extremists who tried to buy today's vote are focusing their efforts on our election. They want to take our state back in time. Help us fight back. https://t.co/wJmGowmagu

Although both said they would keep fighting for their respective causes, election results in Kansas mirror nationwide opinions about the right to choose. Based on recent polls in the wake of the Dobbs v. Jackson Women’s Health U.S. Supreme Court opinion that reversed abortion protections that had been in place since the landmark 1970s Roe v. Wade ruling, most people don’t agree with the court.

Yet, with the Dobbs ruling, several states put “trigger ban” laws into place effectively banning abortions, according to the Guttmacher Institute. That organization characterizes Kansas’ current abortion laws as “restrictive.”

Kansans for Constitutional Freedom, a group organized in opposition to the now-failed amendment, said that anti-abortion activists have been working for decades to push abortion bans in the state. Last year, pro-choice activists told Audacy’s Connect the Dots podcast about similar pushes nationwide, although historical trends show that Americans have consistently opposed making abortion illegal, per Gallup data.

In Kansas, efforts heated up in 2019, when the state’s Supreme Court guaranteed “the right to ‘personal autonomy,’ which includes a woman’s right to decide to have an abortion,” according to Kansans for Constitutional Freedom. Although lawmakers blocked the “Value them Both” anti-abortion amendment in 2020, an election changed the state’s congressional makeup and it was later passed and it could have been approved by the voters Tuesday.

When they were in the voting booth, those voters read, “because Kansans value both women and children, the constitution of the state of Kansas does not require government funding of abortion and does not create or secure a right to abortion,” as part of the proposal, according to Ballotpedia.

While the attempt in typically conservative Kansas failed, other states already have similar amendments to their constitutions.

As of this month, Tennessee, Alabama, West Virginia and Louisiana had constitutional amendments declaring that their constitutions do not secure or protect a right to abortion or require the funding of abortion, according to Ballotpedia. Kentucky voters are expected to weigh in on a similar amendment in November.

However, the Kansas vote could herald the start of a long-running series of legal battles where lawmakers are more conservative on abortion than governors or state courts.

It also comes as a wave of action on abortion rolled in at the national level.

On the same day that Kansas voters lined up to vote against the anti-abortion amendment proposal, the Department of Justice filed a lawsuit to protect the rights of patients to access emergency medical care guaranteed by federal law. It challenges restrictions that would impose a near total ban on abortions in Idaho that are set to go into effect later this month.

This Monday, a bipartisan group of U.S. senators proposed a law that would codify abortion rights, including Lisa Murkowski (R-Ark.) Susan Collins (R-Maine), who voted against similar legislation in May.

“Today’s announcements build on the actions the Biden-Harris Administration has already taken to protect access to healthcare, including abortion and contraception, in the wake of the Supreme Court’s decision in Dobbs v. Jackson Women’s Health Organization,” said a press release from the White House.

Furthermore, abortion access is becoming a key issue ahead of the November midterm elections. Kaiser Family Foundation poll results released Tuesday showed that more than half of respondents (55%) said abortion was a major issue for them. Gallup also reported Monday that abortion had moved up on the “most important problem list” for voters. 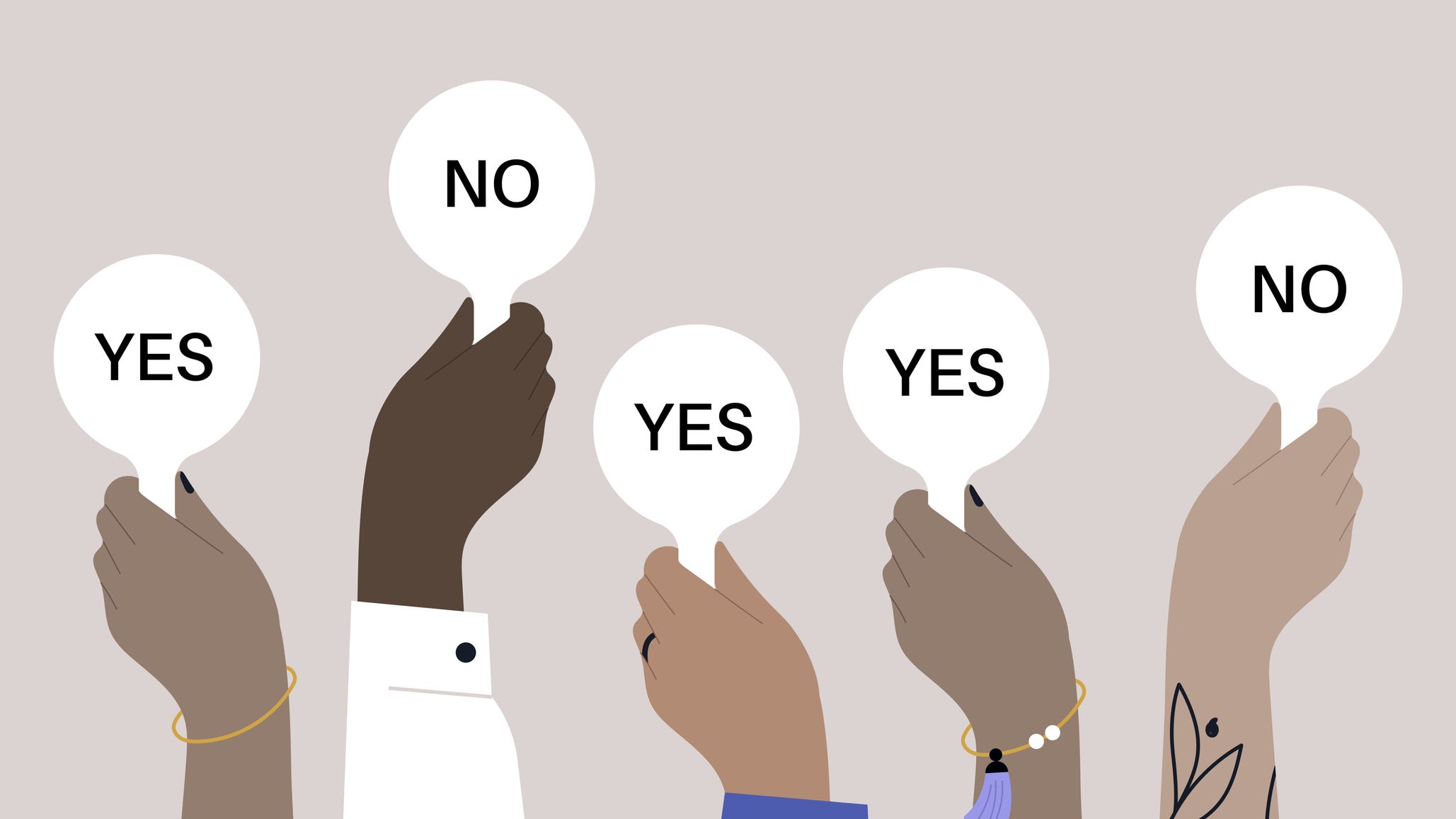 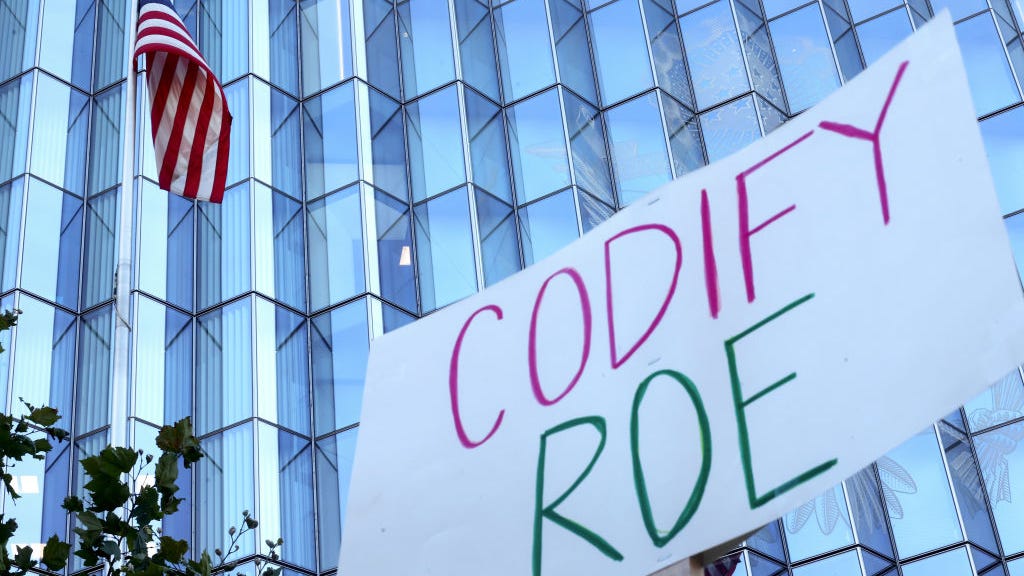