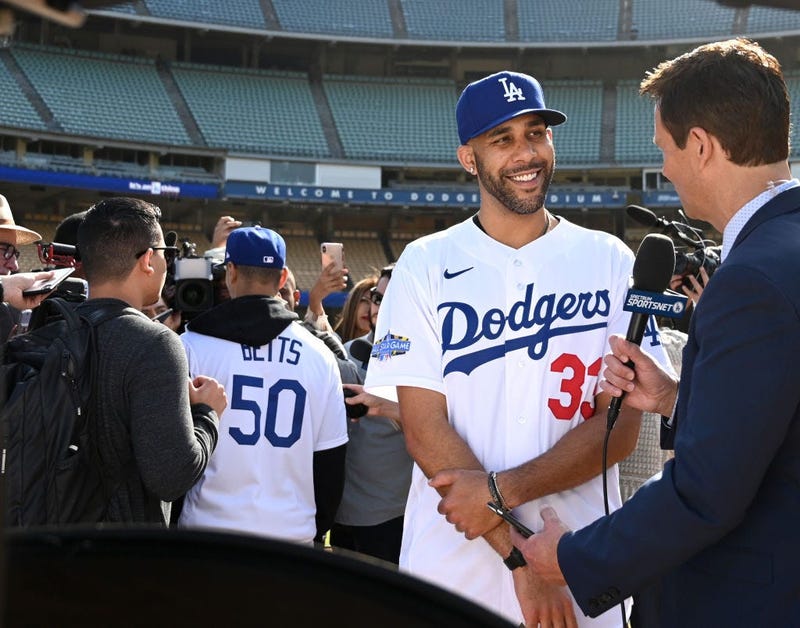 Los Angeles Dodgers pitcher David Price announced Saturday he is opting out of the 2020 MLB season due to the ongoing coronavirus pandemic. Multiple players throughout the league have tested positive as teams gather for training camp ahead of the planned 60-game season.

"After considerable thought and discussion with my family and the Dodgers, I have decided it is in the best interest of my health and my family's health to not play this season," the 34-year-old pitcher wrote on Twitter. "I will miss my teammates and will be cheering for them throughout the season and on to a World Series victory. I'm sorry I won't be playing for you this year, but look forward to representing you next year."

Price was acquired by the Dodgers via trade in February. The team released a statement backing Price.

Get Breaking News Delivered to Your Inbox

"The Dodgers fully support David's decision to sit out the 2020 season," the team said, according to CBS Los Angeles. "We have been in constant contact with David and we understand how much this deliberation weighed on him and his family. We know he'll be rooting hard for the club every day and look forward to having him back with us in 2021."

Price is now the seventh player to opt out of the 2020 season.

As teams continue to prepare for the 2020 season, which is scheduled to begin at the end of July, multiple players across the league have tested positive. New York Yankees manager Aaron Boone announced DJ LeMehieu and Luis Cessa both tested positive.

According to CBS Sports, 1.2% of tests of MLB players have come back positive thus far.