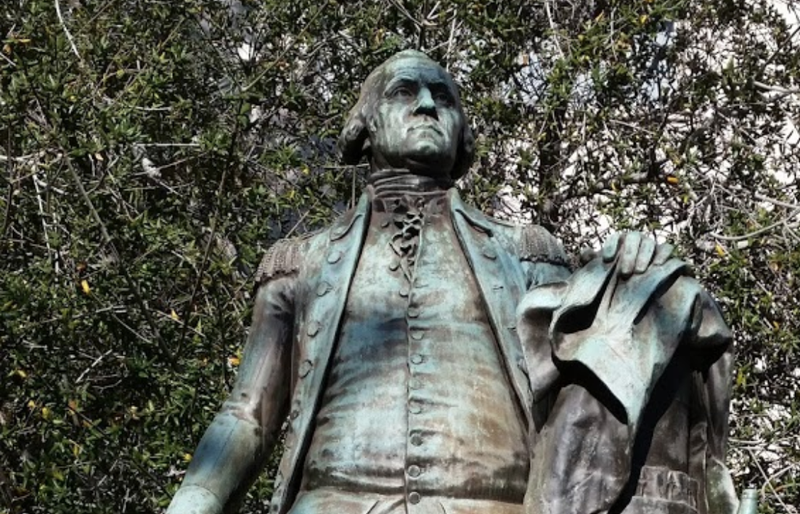 Protesters in Grand Park, located near LA City Hall, vandalized and tore down a statue of George Washington Thursday.

The monument was vandalized, then draped in the American flag, and then torn down from its three-foot-high concrete base.

The monument was located on Hill Street between Temple and 1st streets, near Los Angeles City Hall.

The statue has was purchased in 1933 by the Women’s Community Service, an auxiliary of the Los Angeles Chamber of Commerce, and unveiled to Los Angeles County on Feb. 22 to commemorate Washington’s birthday.

Appears that the #GeorgeWashington statue has just fallen in #LosAngeles at the City Hall. ----pic.twitter.com/SHVJ4fSDln

President Donald Trump said he'll issue an executive order to protect monuments that are coming under new scrutiny as America wrestles with racism during the unrest sparked by the police killing of George Floyd.

Trump has been clear that he opposes the removal of monuments of leaders of the Confederacy or other distasteful aspects of American history.

Commenting as he departed the White House for a trip to Arizona, Trump said, “I will have an executive order very shortly, and all it's really going to do is reinforce what's already there, but in a more uniform way.”