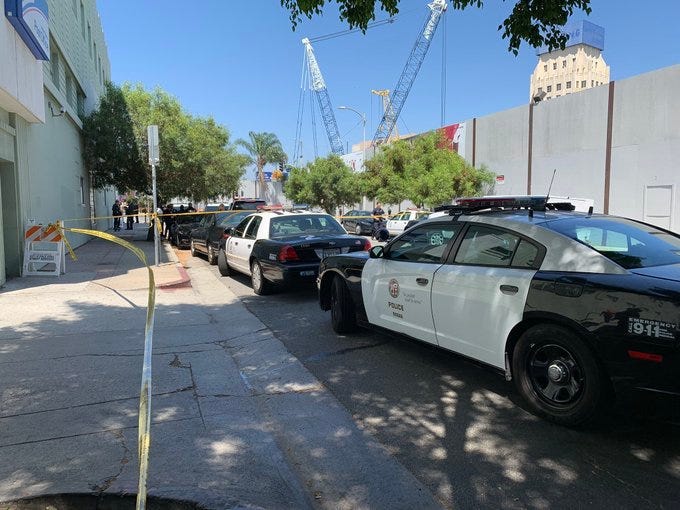 Officers say they've arrested an assault suspect who may have been wielding a pipe.

Officials say the incident started when a man began throwing tools, drywall, and ladders at a construction crew. He then ran from the police.

Witnesses say officers shot him with a bean bag shotgun then tackled him while he swung a metal pole.

It happened Monday afternoon at Wilshire Boulevard and La Brea.

An eyewitness told  KNX it was scary.

"He was running towards me and I didn't know what to do. I just started saying 'don't shoot him in front of me.' Then I imagined them shooting me in front of him and that's how close we were. There was no way for me to run into Subway there was just not enough space for that," she said. "I look at him, the guy looks at me and I am like 'oh my god what is he going to do?'"

She says the man ended up running into the street.

Two people have been taken to the hospital.

One is the suspect.