LOS ANGELES (KNX) – With Election Day just weeks away, Los Angeles mayoral candidates Karen Bass and Rick Caruso spent Thursday night’s debate not just pleading their cases to Angelenos gearing up to cast their vote, but also on the attack.

On the Job of Mayor:
With trust in politics desperately lacking both candidates were asked to share three things they know are not within the mayor's power.

Caruso starts by sharing what he 'won't' do instead of what he can't do, which is to avoid serving special interests, something he believes is contributing to the city’s homelessness and crime.

Caruso also said he would avoid involvement in corruption, something he claims his opponent Karen Bass has not been able to do, alluding to the federal corruption case Rep. Bass' name has been a part of.

When pressed to answer the question directly, Caruso responded, "I've built my life and career on people telling me what I can't do... I just don't buy into what I 'can't' do."

To the same question, Rep. Karen Bass responded, "I can't control the Health Department, I can't declare a national state of emergency, and I can't remove some of the regulations surrounding housing."

Bass admitted she understands voters' distrust of politicians, before turning to her opponent and saying, "because you can't tell the truth."

Bass says new leadership is the remedy, "we need bold and decisive leaders that say we are going to clean up the city, we are going to make sure services are distributed equitably around the city."

Caruso shared his “horrifying” experience riding along with a mom and child on the L.A. metro.

Caruso believes the way to fix things is by having a mayor with executive skills because the issues are a matter of business know-how.

One thing these candidates have in common is their involvement in USC-related scandals.

For Bass, while she is not directly involved in an investigation, her name has been cited as essential to an ongoing case.

The big question involved the ambiguity surrounding a formal application for a scholarship and quid pro quo.

Bass denied the quid pro quo and committed to providing proof she, in fact, sent in a formal application for the scholarship before the election.

Caruso's USC connection came in the form of his handling of a sexual violence investigation during his time as chairman,.

While Caruso promised to release reports publicly, none were ever released.

To address concerns related to trustworthiness and transparency, Caruso said the university brought him in to clean up these issues, and he was not involved.

As for the promise to release reports, Caruso said the decision not to release came under the council of multiple experts, many of whom said, "releasing any information is just going to cause more horrific pain."

On That Scientology Ad

From one scandal to another, this time with the Church of Scientology.

An ad by the Caruso campaign featured Bass giving a speech in 2010 at an event for the church that has left Bass in hot water, and many wondering where she stands now with the church.

She attempts to separate herself from the heat, saying although she was not wholly unaware of Scientology's "abuses," she has since "learned the depths of their abuses," "...and frankly, if I had to do it all over again, I wouldn't have gone."

When asked if this is the level of preparedness we can expect from her speaking events as mayor, she said no because she would have a bigger team and more resources to do better.

Bass then accused Caruso of running a "desperate" campaign with a Republican strategy as a result of his poll numbers.

The hot-button issue of the night - the city’s homelessness. Bass and Caruso agree it’s time to get people off the streets and into housing.

Bass, however, said the issue needs more than just housing, and that the federal government needs to be involved.

“...We have to address why they are unhoused to begin with because if we don’t do that, they’ll be right back on the street,” she said, adding that both the federal government and city need to relax its regulations.

Caruso’s solution focuses on treatment, both humanely and medically.

“You bring them inside, you give them care with dignity and humanity and then you give them the services they need - psychiatric services, drug addiction services, retraining,” he said.

The topic of homelessness delved into the issue of affordable housing, which both candidates agree is a crisis.

Caruso, who has touted himself as a builder throughout his campaign, said while his job is building retail centers he plans to use those skills to build affordable housing.

“I didn’t see the congresswoman, any bill saying we’re gonna build affordable housing,” he noted. “I will focus on it as mayor. I know how to build. I’ll use those kills.”

“I do have to say, you are a builder but you have still never built one unit of affordable housing,” Bass remarked.

My opponent says he's a Democrat, but he only became a Democrat 3 weeks before he launched his campaign.

My opponent says he's a builder, but he's never built a single unit of affordable housing.

On the Los Angeles Police Department

When asked to rate Chief Michael Moore’s leadership, neither candidate would do so and instead, fixated on the improvements needed within the department.

Bass said she wanted to get some of those officers on administrative duty on the streets to help increase police presence.

“Not according to Chief Moore, but go ahead,” Bass challenged.

Bass then noted that the problems of the city have been left to the police to deal with. “I don’t think that when you go into the academy, you plan to deal with mental illness or substance abuse,” she said. “If we can address some of those problems,  that will also police officers to do the job they actually signed up for.”

On the Latino community

In the earliest moment of the debate, Caruso spoke of an endorsement he received from Latino political organization, Avance Democratic Club, when Bass asked, “How much did you pay for it?”

“Are you insulting Avance?” Caruso pressed, before accusing Bass of doing so.

Tonight, my opponent insulted the largest Latino Democratic club in Los Angeles County because their members voted to endorse me, not her. I'm proud to have the support of @AvanceDemClub pic.twitter.com/vtwZAjTpT5

When circling back to the Latino community later in the evening, both praised the community while touting what they’ve done for that community in their careers.

Bass reflected on her coalitions with the Latino community and on immigration reform, while Caruso reflected on his programs for health care and education in the community.

“I’m proud of the Avance endorsement,” he said. “I think that says a lot about the community.”

The following is an earlier copy of the article:

LOS ANGELES (KNX) — The two candidates vying to be the next mayor of the City of Angels will face off in a debate hosted by KNX News 97.1 FM on Thursday, Oct. 6, live from the Audacy SoundSpace on the Miracle Mile

Congressmember Karen Bass and businessman Rick Caruso have agreed to discuss issues impacting Angelenos in the hourlong event, streaming live at 5 p.m. on KNXNews.com, KNX News 97.1 FM, and the 1070 AM simulcast. In addition, a rebroadcast of the debate airs on Spectrum News 1 on Friday. 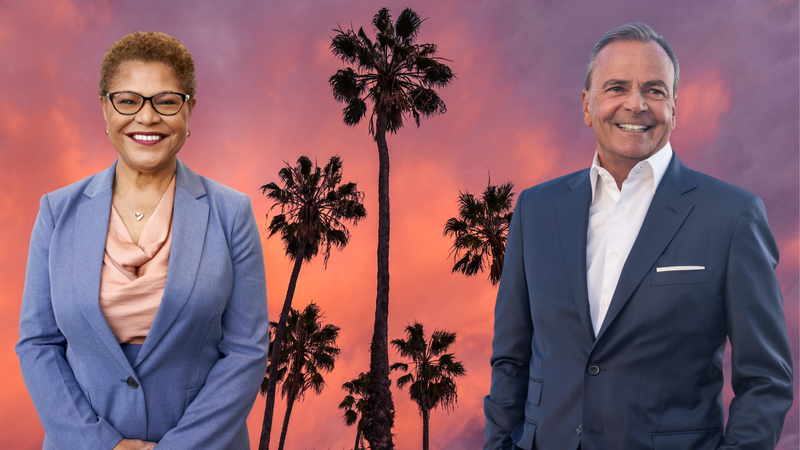 KNX News “In Depth” anchors Charles Feldman and Mike Simpson will moderate the debate — sponsored by AltaMed — and kick off questioning, with additional questions coming from three panelists.

Giselle Fernandez is a veteran broadcast journalist in Southern California and anchor at Spectrum News 1. Seth Lemon serves as managing editor for digital platforms at KNX News and is a former CBS News correspondent. Shar Jossell is a journalist, media personality, and host on Channel Q, Audacy's LGBTQ station based in Los Angeles.

Both candidates emerged as the top two contestants in the June 7 Los Angeles primary, advancing to a runoff election on Nov. 8.

Congresswoman Bass and Mr. Caruso will start and end the debate with prepared opening and closing statements. A candidate will get 60 seconds for their initial answer to a question. If a rebuttal or follow-up is necessary, the other candidate gets 30 seconds to respond at the moderators' discretion.

All California active registered voters will receive a vote-by-mail ballot for the general election. Oct. 24 is the last day to register to vote. Check your voter registration status here. 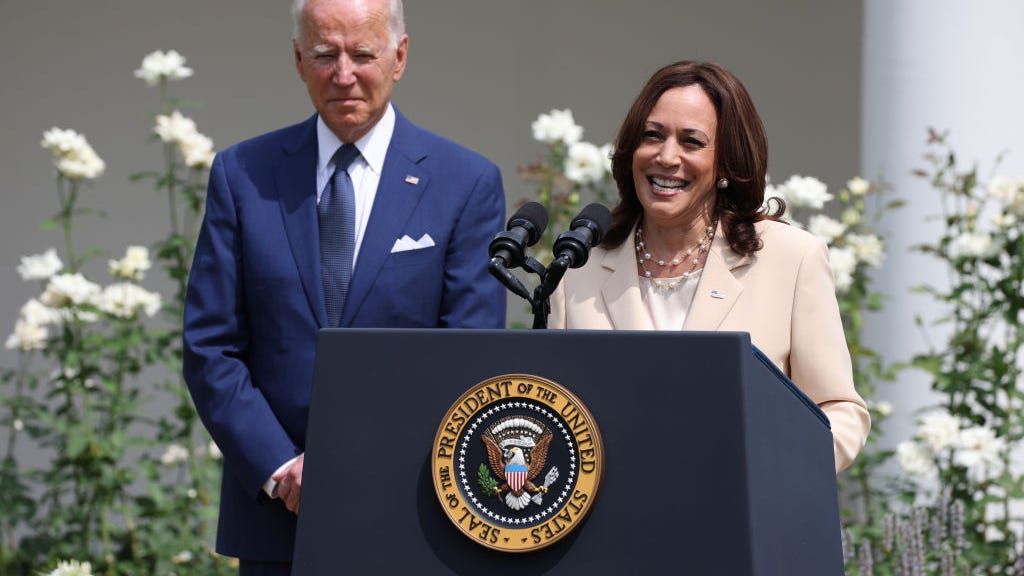 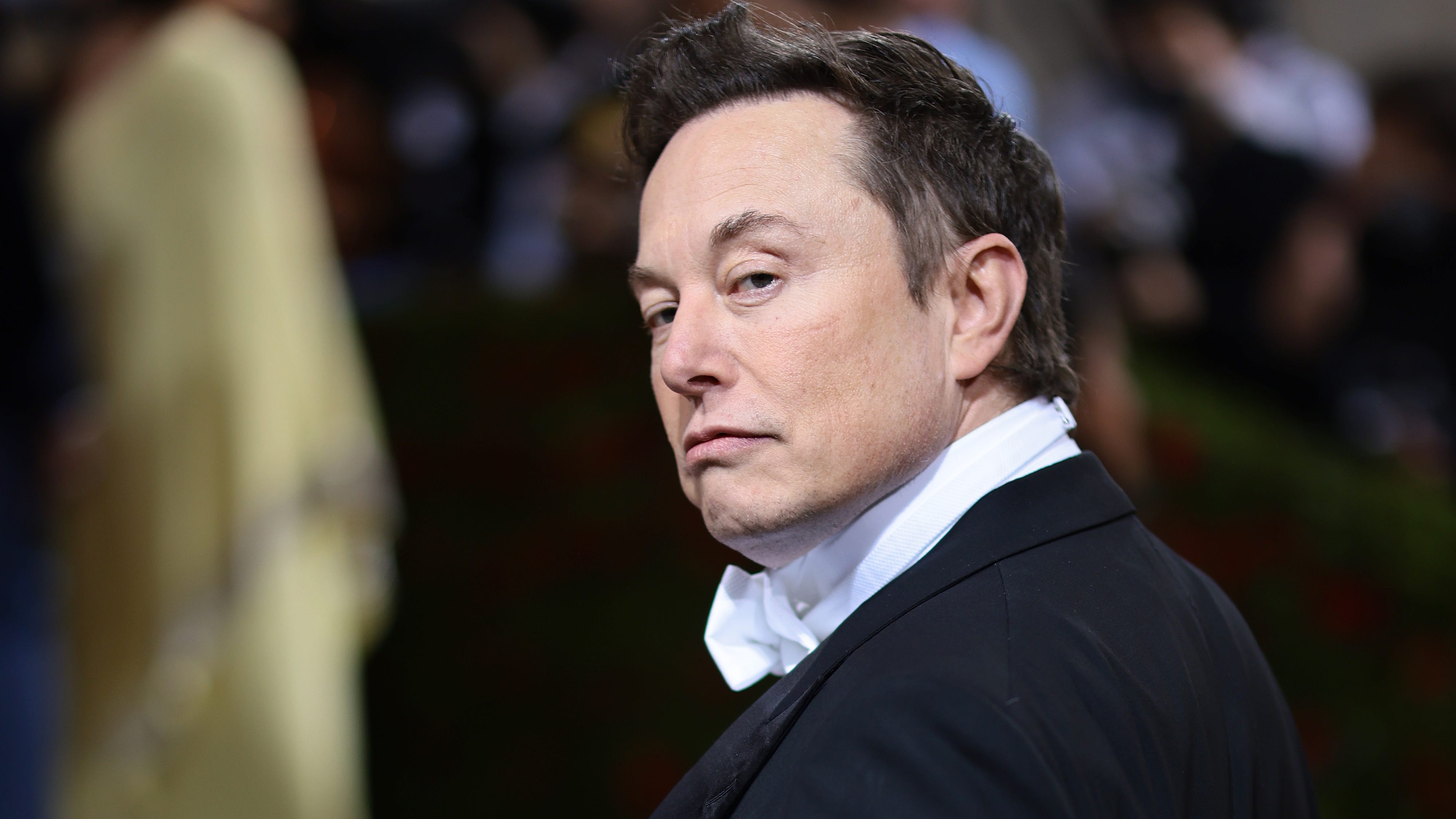 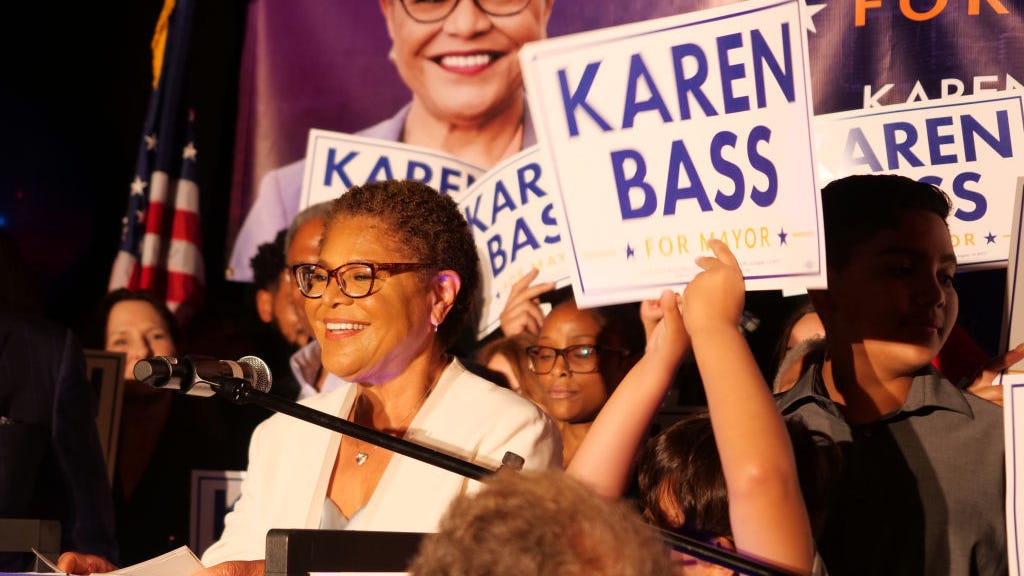 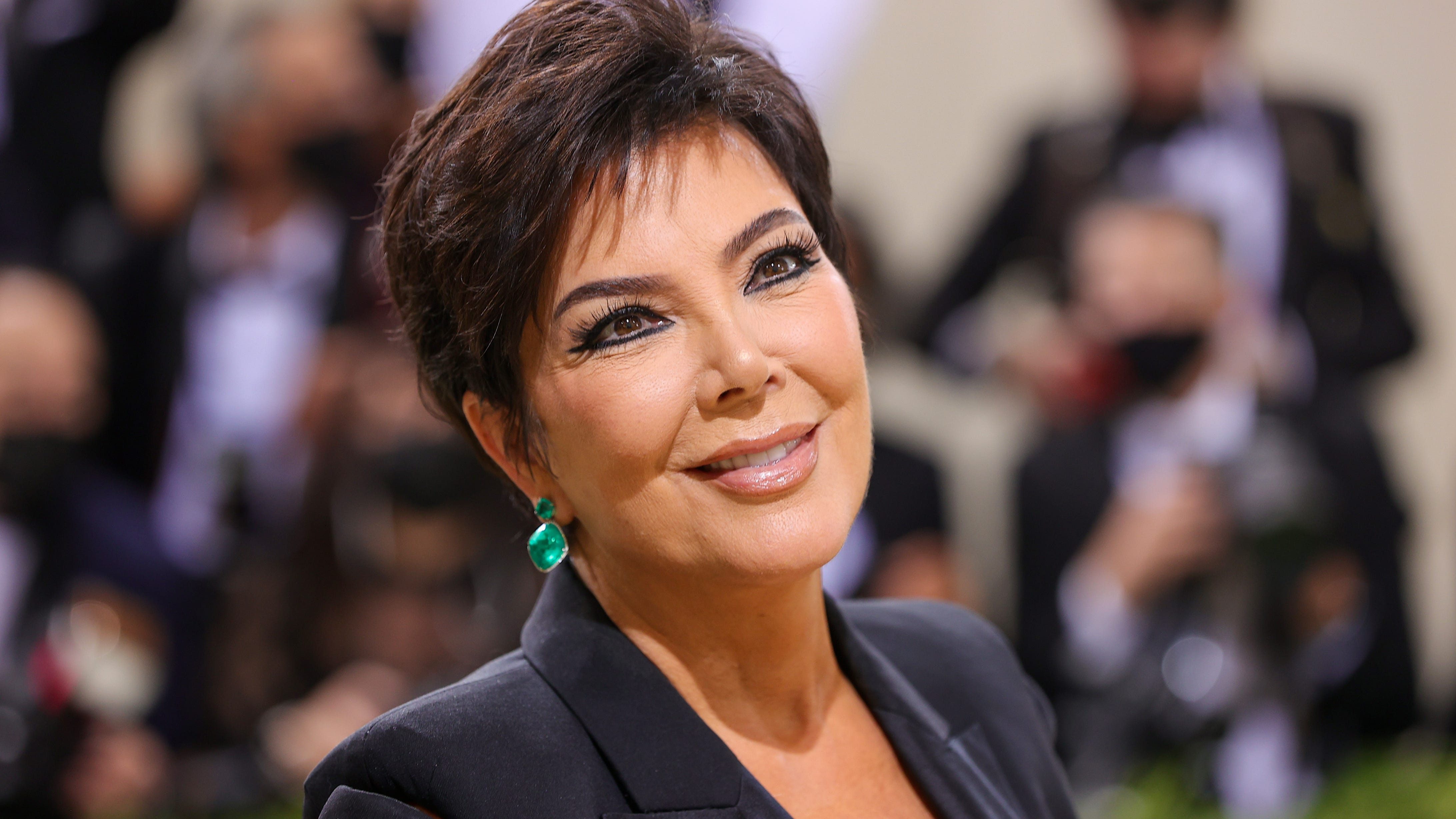