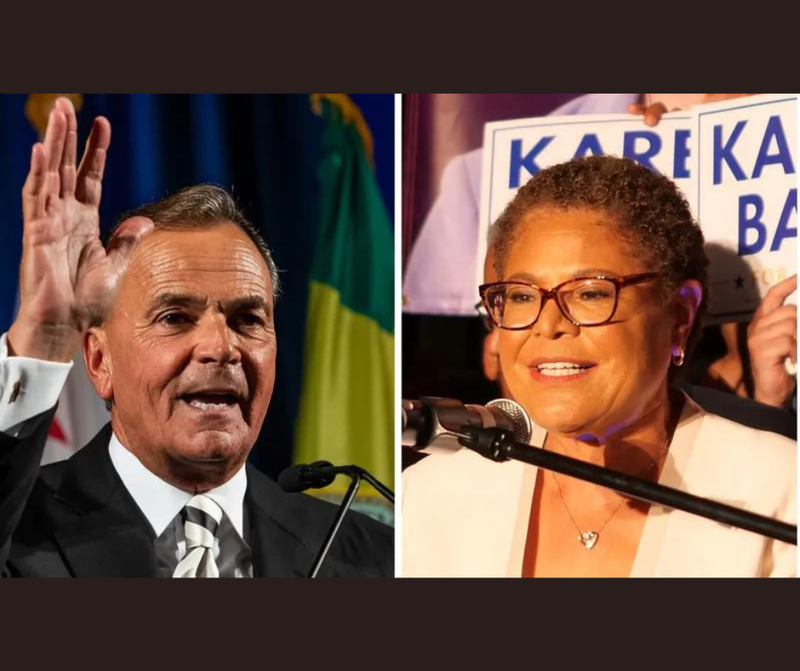 LOS ANGELES (CNS) - The two candidates for mayor of Los Angeles agree that the city is in crisis, but during a debate at the Skirball Cultural Center, they shared their different approaches to addressing homelessness and crime as they head to Election Day in November.

Rep. Karen Bass and developer Rick Caruso made their pitches to be the person to fix those problems during their first televised debate Wednesday night.

Both candidates acknowledged the gravity of the homelessness crisis
in Los Angeles but differed on how to approach it.

The latest point-in-time homeless count released this month showed a 1.7% increase in the number of unhoused people in Los Angeles since 2020, bringing the total to 41,980.

Caruso said the premise of his plan to address homelessness would be to get people into shelters, noting his goal to build 30,000 new shelter beds in his first year in office.

``We've got to meet people where they are,'' Caruso said.

Bass said while getting people off the streets is important, ``shelters are not the answer.''

``What we have done for too long is we have put people in shelters,'' Bass said. ``Now the shelters have become so dangerous, people don't even want to be in the shelters and are choosing to be outside on the street.''

Bass called for a more comprehensive approach, prioritizing services, addressing the root cause of homelessness and creating permanent housing.

Caruso said he believed shelters ultimately are a better and more efficient way to provide services to unhoused people. He said he supported clearing encampments ``at a certain point and time'' because of potential crime and impact to surrounding neighborhoods. He said encampments were ``unfair to the community.''

Bass responded that ``at the end of the day, you can't criminalize poverty.''

``If you have them in jail, they'd be there for three days and then right back out on the street,'' Bass said.

Let your voice be heard on the political stage that has the greatest impact on your daily life as an Angeleno.

What would you like to ask the next mayor of #LA? Leave your questions in the comments or email them to debate@knxnews.com. pic.twitter.com/EW3ZSPfs6R

Both candidates said they would support extending Los Angeles' pandemic-era eviction moratorium, though the City Council has signaled potentially adjusting the moratorium after the housing department recommended ending it by Dec. 31.

Bass said she would extend it while offering support to mom-and-pop landlords, while Caruso would make changes to it, implying that some people were using the moratorium to cheat their way out of paying rent.

Bass and Caruso also both were in favor of loosening regulations for more affordable housing to be built.

Caruso, entered Wednesday's debate trailing Bass by double digits in the most recent poll conducted in August by the UC Berkeley Institute of Governmental Studies, described himself as an outsider and attempted to paint Bass, a House member since 2011 after being an assemblywoman from 2004-2010, as part of the establishment.

Caruso, a billionaire, said he would not take money from special interest groups or Super PACs, to which Bass responded that Caruso was simply spending his wealth on his campaign. Caruso has spent more than $40 million of his own money on his campaign.

``I think that's a different way of going about democracy and an example of a structural problem within our democracy,'' Bass said.

Bass criticized Caruso -- who registered as a Democrat in January after previously being a Republican and having ``no party preference'' -- for flipping parties. Caruso said he has always been socially liberal and left the Republican Party in 2019 because it didn't reflect his values, noting his support for Gov. Gavin Newsom and former Gov. Jerry Brown.

Caruso, in perhaps an acknowledgement of most major Democrats endorsing Bass, responded: ``It doesn't seem to be accepting me.''

The mayor of Los Angeles does not have jurisdiction over reproductive rights, though Bass said the issue was important in the mayoral election because it was a ``question of values.'' Caruso responded by stating he was pro- choice and always has been.

The candidates also traded digs at each over controversies involving USC and a recent burglary at Bass' home in which two of her guns were stolen.

When asked to describe the biggest difference between themselves and their opponents, Bass pointed to her history as a ``lifelong, pro-choice Democrat,'' a dig at Caruso for his previous donations to anti-abortion politicians.

Caruso said that to him, Los Angeles has always been ``the place where big dreams come true.'' But now, when he walks around the city, he believes crime is dampening dreams, and that people are scared and worried.

``They're also heartbroken,'' Caruso said. ``They feel like they haven't been heard around the community. I want to change that.''

KNX News 97.1 F.M is hosting the next mayoral debate live on October 6th.

What would you like to ask the next mayor of L.A.?

E-mail your questions to debate@knxnews.com, then tune in to 97.1 F.M. or tell your smart speaker to "Play KNX News.” 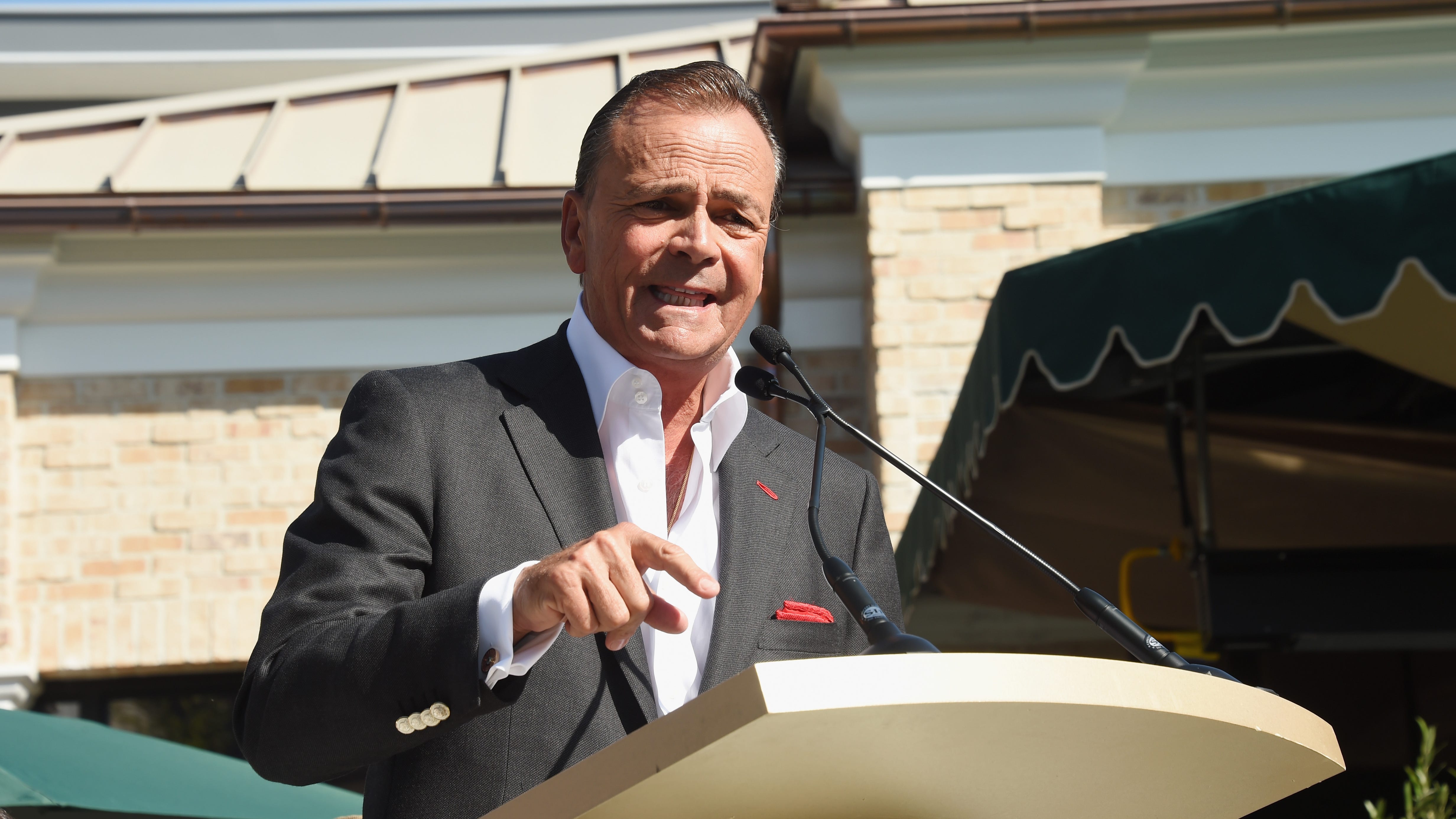 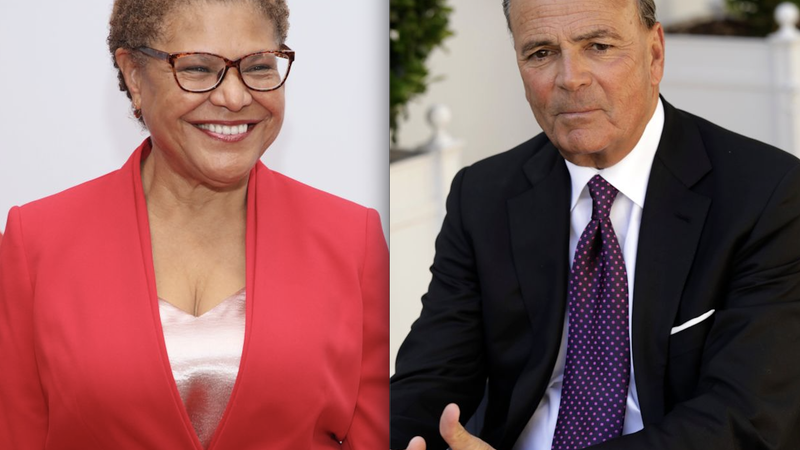