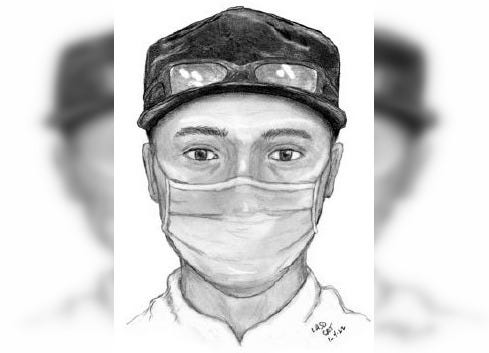 The incident happened in mid-December, when the victim was coming out of the bathroom at Crescenta Valley Skate Park at 3489 Honolulu Avenue, authorities said. The girl was grabbed and sexually assaulted by the suspect, said Deputy Alejandra Parra.

The suspect fled on foot westbound over the pedestrian bridge, Parra added.

He was described to deputies as Hispanic or Middle Eastern, between 25 and 40 years of age, five feet and six-to-eight inches tall with a thin build and light complexion.

The suspect was wearing a blue surgical mask, plain brown hat, sunglasses with green and blue reflective lenses placed on the bill of his hat, a white hooded puffy vest, a long sleeve white shirt underneath with a reflective tape on the left arm, and loose dark colored pants.

Anyone with information about this incident was encouraged to contact the Sheriff Department’s Special Victims Bureau toll free tip line at (877) 710-5273 or by email at specialvictimsbureau@lasd.org.