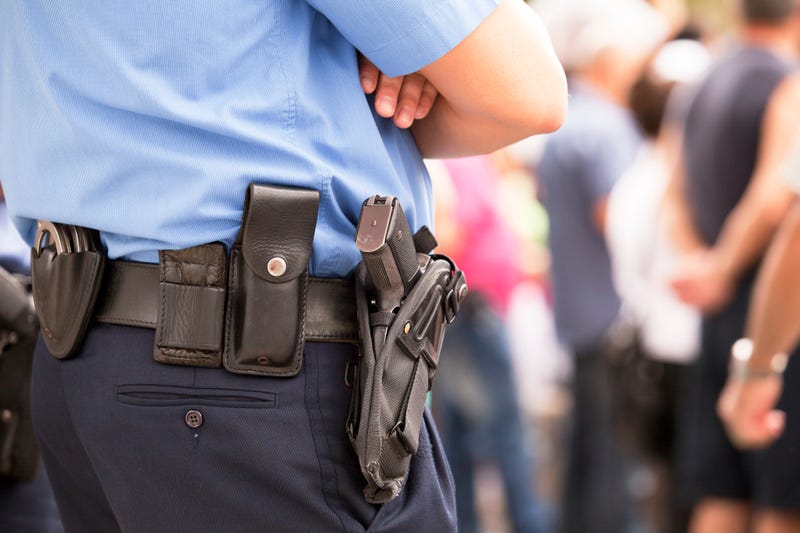 A family member of a Santa Ana city councilmember was fatally shot by police on Tuesday.

Lopez reportedly barricaded himself in the stolen car for several hours Tuesday with police surrounding the vehicle. The standoff ended with one or more officers fatally shooting the 34-year-old.

Lopez reportedly had outstanding warrants for his arrest in connection with alleged armed robberies.

Hernandez said Lopez had suffered from mental illness since childhood. The councilmember told The Orange County Register his cousin was “suicidal” and only posed a danger to himself, not others.

“This was a mental health crisis,” Hernandez said.

The councilmember criticized Anaheim police, saying Lopez’s death was preventable. He said he went to the scene of the standoff upon learning of Lopez’s situation and identified himself to law enforcement as a councilmember and mental health professional. But he said his attempts to intervene were rejected by attending officers.

“You’re no more special than anybody else,” Hernandez said an officer told him at the scene.

When Hernandez assured the officer he was only there to ensure police didn’t “kill [Lopez],” the officer allegedly replied, “People kill people every day.”

“They flash banged the vehicle and murdered him in front of us,” he said Wednesday, referring to flash grenades officers threw at the car containing Lopez. Lopez reportedly exited the vehicle at this point and was shot multiple times.

Hernandez said Lopez was driving his girlfriend’s car and that she may have reported it stolen after the two fought.

Officers said they believed Lopez was armed when he jumped out of the car. Both the Anaheim Police Department and office of California Attorney General Rob Bonta have launched investigations into the incident.

A spokesperson for the Anaheim Police Department declined to comment on the case while it’s under investigation, but said “few departments are as self-critical as [Anaheim police] and our internal process works to better the service our officers deliver by incorporating information from major incident reviews.”

Lopez is survived by four children.