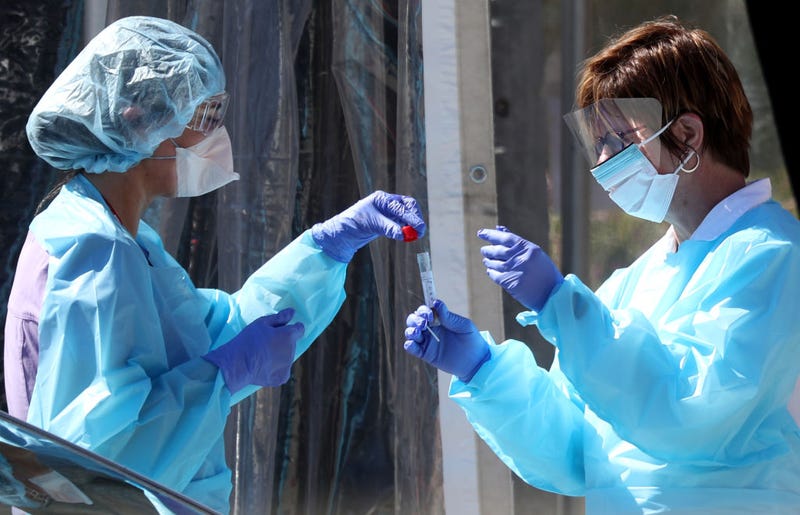 A union of 24,000 registered nurses and healthcare professionals is hitting the brakes on its current contract with Kaiser Permanente, with nurses saying they’re understaffed, overworked and dealing with the threat of pay cuts.

In a formal notice sent earlier this month, the United Nurses Associations of California/Union of Health Care Professionals said its members would “pause partnership activities,” during bargaining with Kaiser, according to a statement.

Most contracts with Kaiser are set to expire on Thursday, Sept. 30.

As negotiations continue, members of the UNAC/UHCP will vote between Oct. 1 and 10 on a strike authorization - which would give the union the option to strike if bargaining fails, according to Anjetta Thackeray, union communications manager.

Thackeray said, through a successful partnership, UNAC Union has not gone on strike since 1980.

“This is a new [Kaiser Permanente] board, a new set of executives and we’re coming off the pandemic,” Thackeray said. “No one likes to [strike], but hopefully our workers speaking out will help us with bargaining.”

Union members said in a statement that Kaiser Permanente has failed to honor the 24-year labor-management partnership, and UNAC/UHCP no other choice than to pause the relationship — as the company has “proposed hefty cuts to nurse wages and benefits while the pandemic continues amid a nationwide nursing shortage and nurses face record levels of exhaustion, depression, PTSD and burnout.”

“We can no longer sit back and watch the employer dismantle the partnership that’s been in place since 1997,” Denise Duncan, the union president, said in a statement. Duncan is also a nurse and chief negotiator on the union’s bargaining group.

“There’s no question that partnership saved Kaiser Permanente in the 1990s and brought it to the heights of quality patient care, membership growth, territorial expansion...KP is a profound leader in the health care community and our partnership had everything to do with that.”

The union went on to list the following grievances:

-Kaiser Permanente is abandoning the partnership in favor of divisive ideas that will deter new nurses and health care workers from entering the field and will make staffing shortages much worse.

“At their heart, @kpthrive’s proposals attack the fundamental principle of fairness on the job: equal pay for equal work. How are you going to protect patient care if you don’t invest in those who provide it?” —Joe Guzynski, executive director of UNAC/UHCP https://t.co/j6B1pMiu5P

Yet, according to the union, Kaiser proposed just a one percent raise to nurses and others in the union, and considerably low pay for new hires in recent negotiations.

“These proposals — certain to make staffing shortages worse — come as hospital systems across the country take the opposite approach, offering large raises, signing bonuses, and other incentives in competition for the dwindling pool of nurses,” the union said.

In an announcement issued Monday, Kaiser said the union has mischaracterized the problem, according to Newschant.

“Our employees represented by Alliance unions earn around 26 percent above the average market wage, and in some places it’s 38 percent above market levels,” the healthcare company stated.

“On Aug. 25, we offered a proposal that includes wage increases for all current employees and no changes to the current retirement plan. It also guarantees no wage cuts for current employees.”