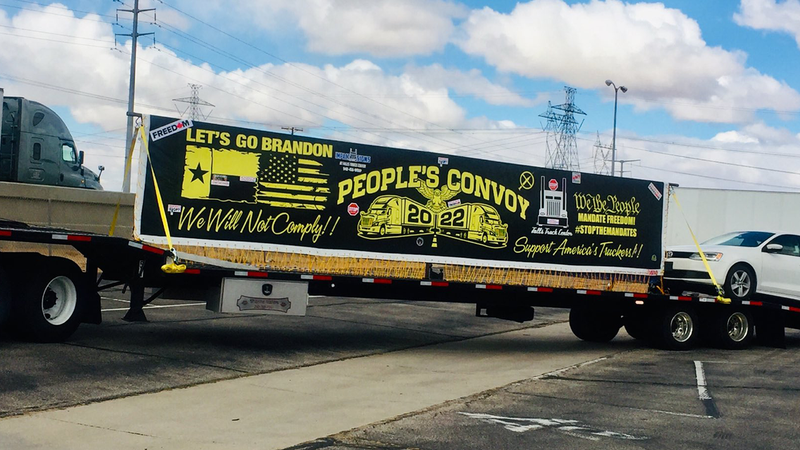 A truck participating in the "People's Convoy," a caravan of truckers that are set to caravan from Adelanto, Calif. to Washington, D.C., seen leaving the town the morning of Feb. 23, 2022. Photo credit Craig Fiegener, KNX 97.1
By Marie Estrada, KNX News 97.1 FM

ADELANTO, Calif. (KNX) — Inspired by trucker protests against COVID-19 vaccines in Canada, Southern California truck drivers gathered Wednesday to begin the “People's Convoy.” The 2,593 mile journey to Washington, D.C. is a demonstration with a similar goal — to push back against vaccine mandates.

“We came down from northern california, took us about 11 hours through the snow and everything to get here,” one trucker told KNX Reporter Craig Fiegener. “We thought it would be a neat experience for the kids. Teach ‘em young that sometimes you have to stand up.”

Hundreds of people showed up Wednesday morning to show their support for a few dozen truckers bound for Washington, D.C. as they gathered in the parking lot of the Adelanto Event Center near Victorville, Calif. The overwhelming message was clear: “Stop the tyranny, stop the [mask and vaccine] mandates.”

More than one dozen 18-wheelers, along with several pickup trucks and recreational vehicles left for D.C. in the convoy, according to Reuters. The news outlet said it’s just the beginning of an 11-day journey to the United States Capital where they’ll do as the Canadians did and demand for an end of the mandates that they feel are either unconstitutional or unnecessary.

Preparations are already underway as the convoy, which is one of several heading to D.C. from additional states, heads to Beltway. The Beltway is a major highway that circles the capital in Washington.

Around 700 unarmed National Guard troops were set to be deployed to the area Tuesday to help with the unfolding traffic issues as convoys from outside of California prepare to head to the area by this week, according to NBC 4 Washington.

In addition, another 400 D.C. National Guard members will be deployed, along with tactical vehicles, to designated posts on Saturday.

truckers are starting to line up here at the Peoples Convoy 02-23-22 pic.twitter.com/FNfV3lH0Qh 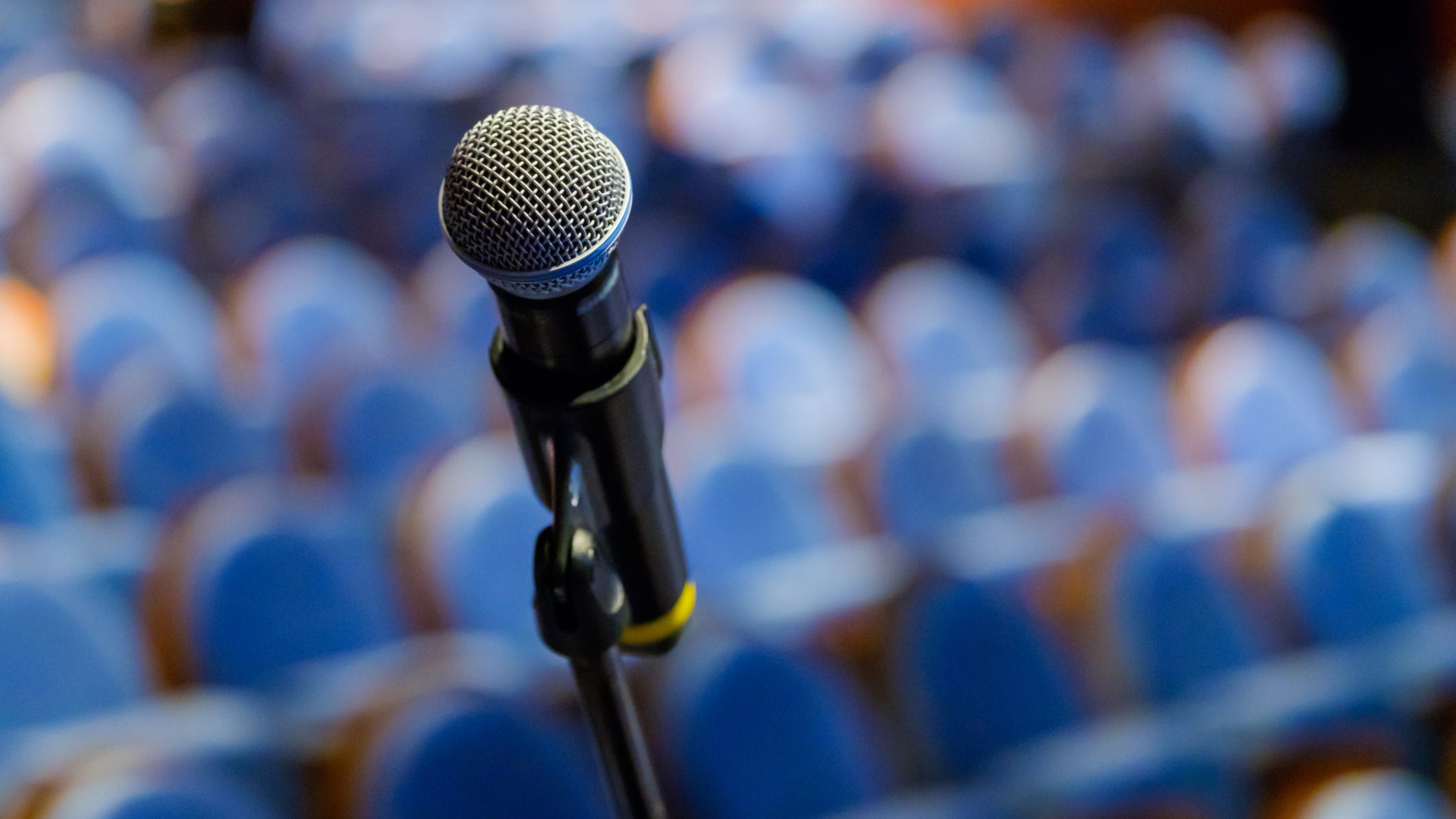