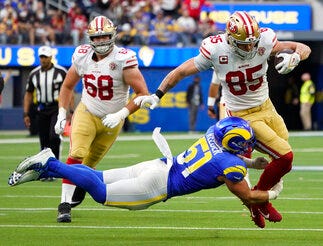 LOS ANGELES (AP) - The Los Angeles Rams made it 3 for 3 for road teams in the NFL's divisional playoff round, setting up an all-NFC West conference championship game with San Francisco by edging defending Super Bowl champion Tampa Bay 30-27 Sunday.

They did so in spectacular fashion after a mammoth flop in which they blew a 27-3 second-half lead. Matthew Stafford hit unanimous All-Pro receiver Cooper Kupp with a 44-yard pass in the final minute, then Matt Gay made a 30-yard field goal to win it.

Yes, all three divisional round games have been won on game-ending field goals.

If this was the final game of Tom Brady's illustrious, title-filled career, it was a tough way to go out. The 44-year-old quarterback, helped by Rams giveaways, nearly replicated the comeback from 25 points down against Atlanta in the second half of the 2017 Super Bowl. But soon after Leonard Fournette's 9-yard run tied it, the Rams turned around and won it.

"We knew it wasn't going to be easy. I mean, we sure let 'em back in the game with a bunch of mistakes on offense," Stafford said. "Our defense played outstanding. We've got to clean some stuff up, do a little better job in the turnover department. This is a tough team, man, this is what we're all about.
Just happy to get a win and keep on moving."

The 49ers are seeking their second Super Bowl appearance in three seasons, having lost to Kansas City for the 2019 title. They swept the Rams this season, most notably winning 27-24 in overtime in the finale to secure a playoff berth. The Niners romped 31-10 in Week 10 at home.

It's a very cool and historic matchup for a place in the Super Bowl — which will be played at the Rams' home stadium, no less. San Francisco is 75-67-3 against its archrival, but just 1-0 in the playoffs, a 30-3 victory in 1989 on the Niners' way to the NFL championship.

Cincinnati, the other visitor to win this weekend, emerged from the postseason desert last week by winning for the first time since 1991 — yes, '91 — with a 26-19 home victory against Las Vegas. The Bengals (12-7), champions of the AFC North, followed that with their first playoff victory away from home, 19-16 at top-seeded Tennessee. Rookie Evan McPherson won that with a 52-yard field goal.

They will bring their increasing momentum and confidence to either Kansas City or Buffalo, who were playing Sunday night at Arrowhead Stadium.

The Bengals, who lost twice in the Super Bowl to San Francisco in the 1980s, didn't play the Bills this season. But perhaps their signature win in 2021 came in Week 17, taking down the visiting Chiefs 34-31 as Joe Burrow went 30 for 39 for 446 yards and four touchdowns. 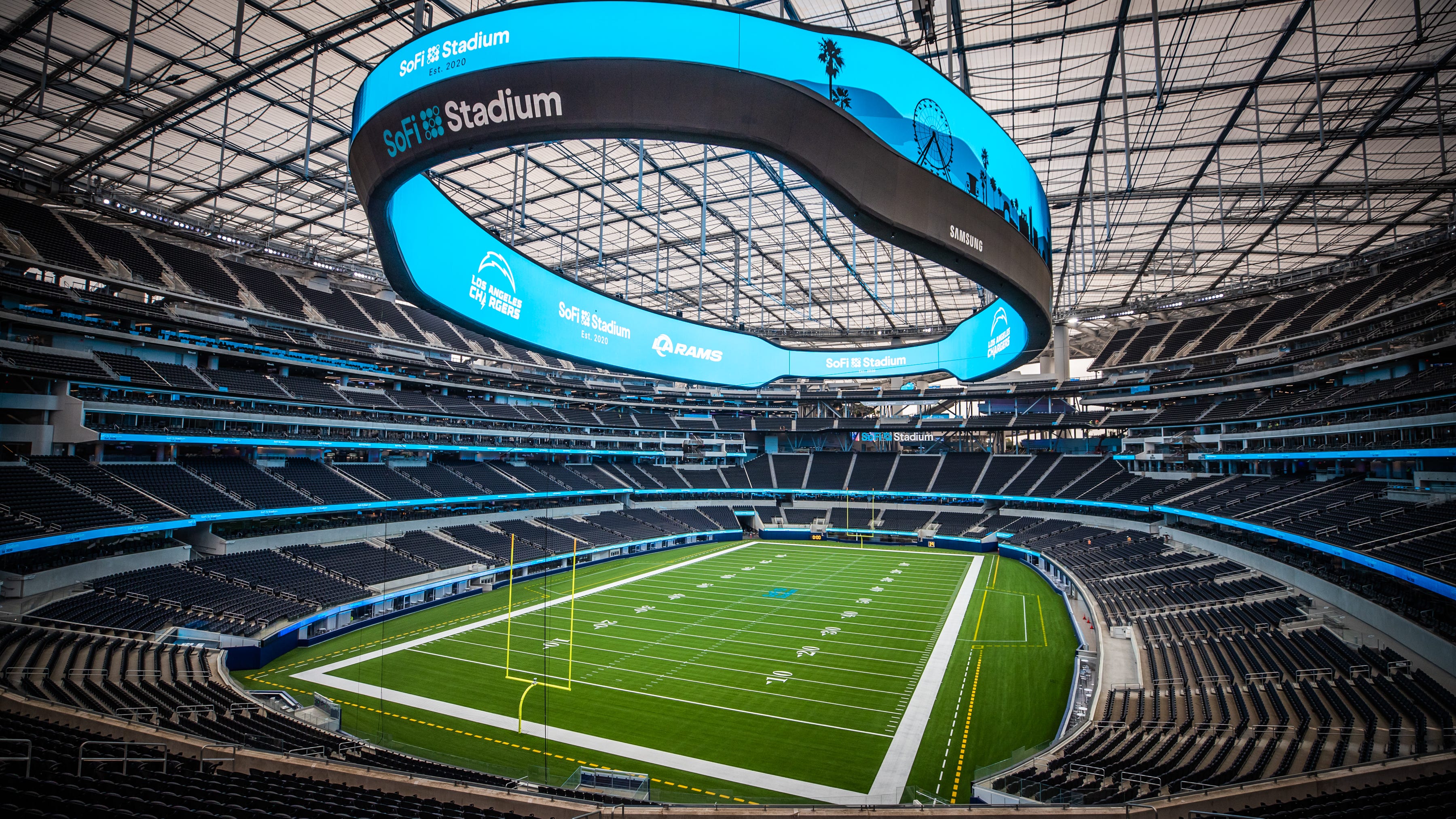