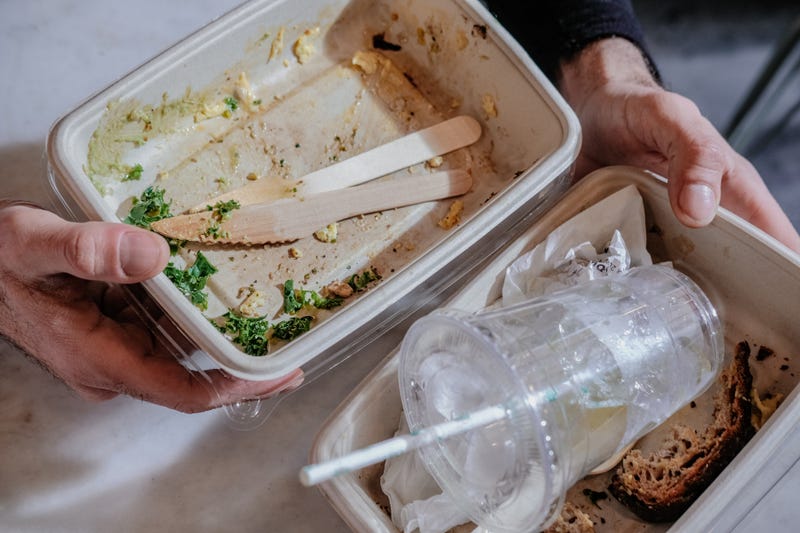 LOS ANGELES (KNX) – West Hollywood City Council moved forward with a proposal that prohibits the use of non-eco-friendly food utensils.

The new law will be implemented in three phases. The first goes into effect June 1 and allows for food places to provide the single-use food utensils only if a customer requests them. Then, on Jan. 1, 2023, food distributors with 500 or more employees nationally will be banned from providing non-compostable single-use utensils. Finally, on June 1, 2024, all other food distributors will be banned from providing those utensils.

Those who violate could face fines up to $1,000, according to WeHoville.

The new ban comes as a result of a recent study that showed the creation of plastic increased over the last decade and the pandemic played a huge role, Beverly Press reported.

“Now that we have all been consuming products via delivery systems, there is so much more trash,” Councilwoman Lindsey Horvath said.

“Every time something is ordered and delivered, I think of what comes with it, and there are so many things that are delivered to me that I don’t ask for that have just become commonplace.”