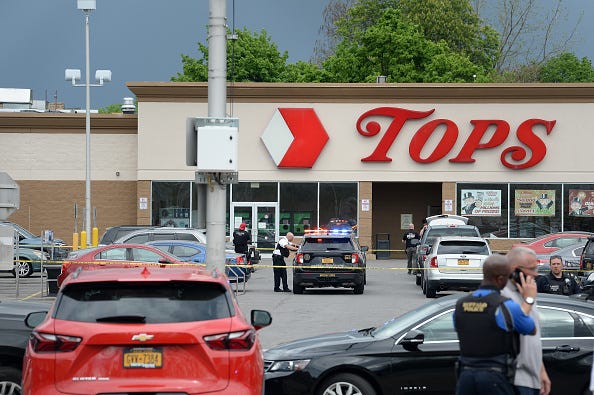 Buffalo Police on scene at a Tops Friendly Market on May 14, 2022 in Buffalo, New York. According to reports, at least 10 people were killed after a mass shooting at the store with the shooter in police custody. Photo credit John Normile/Getty Images
By Joe Hiti, Audacy

Law enforcement officials have shared that the accused Buffalo supermarket shooter had been on police radar after making threats that he was going to shoot up his school last year.

Payton Gendron, 18, is accused of carrying out Saturday’s racially motivated massacre that claimed the lives of 10 in Buffalo, New York. Gendron had traveled more than 200 miles to Buffalo from his hometown Conklin to carry out the attack, which he live-streamed on Twitch.

At the time, Gendron was 17, and he threatened to carry out a shooting at Susquehanna Valley High School around the time of graduation, the AP reported. The report came from an official not available to speak on the matter publicly due to the investigation.

Gendron had been put in the hospital for a mental health evaluation for a day and a half, and after that, he had no contact with law enforcement, according to Buffalo Police Commissioner Joseph Gramaglia.

There weren’t any other complaints about Gendron from that point on, and Gramaglia said the threat at the time was “general” and not related to race, unlike the shooting on Saturday.

Photos from the live stream, which was taken down by Twitch, showed that Gendron had written the N-Word on the tip of his assault rifle while he walked through the Buffalo store firing.

Authorities are looking into whether or not the massacre could have been stopped if police had acted on Gendron’s threats last year and gotten him help or made sure he couldn’t access deadly firearms.

Gendron is also accused of writing a racist 180-page document that said the purpose of the shooting was to target anyone who was not white or Christian and get them to leave the country.

According to authorities, Saturday’s shooting is being investigated as a potential federal hate crime or an act of domestic terrorism. 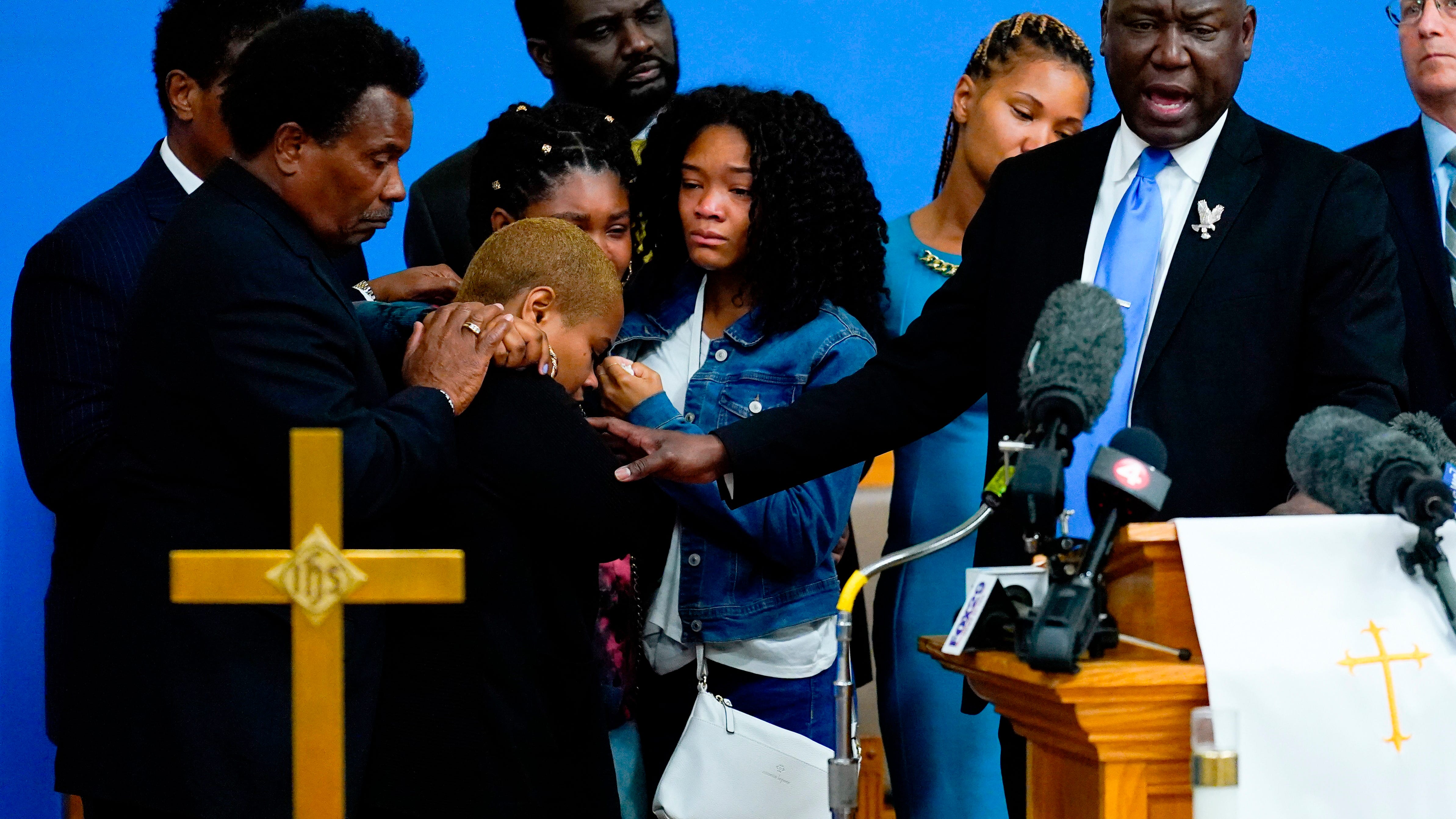